Franklin Graham: I Can Be an Even Bigger Bigot Than Dr. Ben Carson September 30, 2015 Hemant Mehta

Franklin Graham: I Can Be an Even Bigger Bigot Than Dr. Ben Carson

Last week, during an interview with Chuck Todd on Meet the Press, Republican Presidential candidate Dr. Ben Carson argued that Muslims should not be allowed to hold the highest office in the land because their beliefs are somehow inconsistent with American values. Not extremist Muslims. Just Muslims. 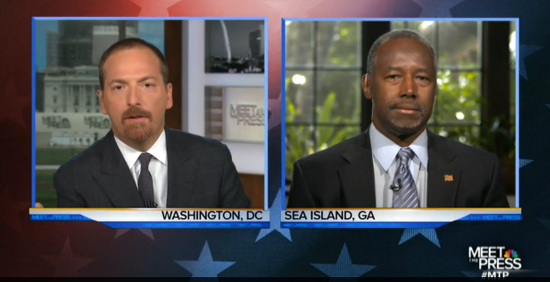 Franklin Graham, the conservative Christian leader who doesn’t even want Muslims in the country, couldn’t let Carson out-bigot him. So he agreed with the GOP President candidate and then took it one step further:

“I understand what Ben Carson was saying,” said Graham. “Because the teaching of Islam goes against our Constitution.”

When pressed on whether he would ever vote for a Muslim to hold public office, Graham said he didn’t see how he could.

Graham went one further yesterday by adding that he “wouldn’t want to vote for an atheist” to hold public office either.

Graham implies that the Bible is consistent with our Constitution, which is also bullshit. Besides the fact that we can amend the Constitution, you don’t have to look any further than the Ten Commandments to realize just how many biblical rules we rightfully ignore. Adultery, worshiping other gods, keeping the Sabbath day holy, coveting — none of those are punishable crimes in our legal system, and we’re better off because of it.

But Graham has no problem voting for a Christian or Jew. It’s just Muslims and atheists who are un-American to him. And people of other non-Christian faiths. And Christians who don’t agree with his beliefs. Fuck ’em all.

Keep talking, Franklin Graham. You do more damage to your faith than I ever could.

September 30, 2015
Catholic Hospitals Should Be Up Front About What Procedures They Won't Do
Next Post

September 30, 2015 The Ten Commandments Monument at the Oklahoma Capitol Building Will Finally Come Down
Browse Our Archives
What Are Your Thoughts?leave a comment