A Gay Muslim’s Visit to Mecca is the Basis for a New Documentary September 29, 2015 Hemant Mehta

In a movie that will begin streaming on Netflix this Sunday, filmmaker Parvez Sharma, a gay Muslim, visited Mecca and circled the sacred Kaaba. He could have been seriously punished if he was caught taping the ritual (“extensive footage” is not allowed) and he could have been killed if his sexuality became known, but A Sinner in Mecca appears to be a fascinating account of what Islam looks like in Saudi Arabia: 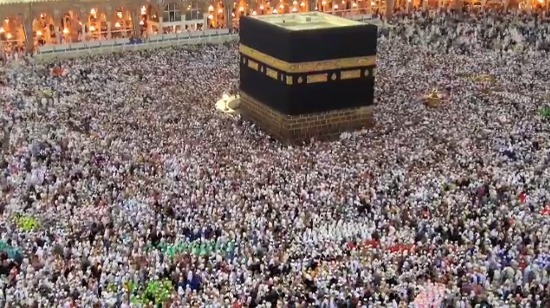 Mr. Sharma said he hoped that “A Sinner in Mecca” would inspire questions among Muslims everywhere. “Islam’s reformation is long overdue,” he said. “Maybe Muslims like me will be the reformers.”

The documentary, largely recorded on an iPhone strapped to Mr. Sharma’s neck with rubber bands, shows the pilgrimage in unflinching detail. The result is a religious reality film, but also a piercing indictment of Saudi Arabia, which influences, Mr. Sharma said, millions of pilgrims annually.

“I am not confronting Islam,” he said… “What I’m confronting is the Saudi version of Islam.”

The film received a glowing review from the New York Times. I can’t wait to see it.