It’s rough out there for science teachers. Even the good ones — the ones who teach evolution and climate change and other “controversial” topics — have to deal with parents who will inevitably complain about their children learning anything that contradicts their faith.

So, at first glance, you have to appreciate teachers who can explain to students why “evolution is just a theory” is a silly thing to say. It’s not a random guess; it’s a powerful explanation for everything we know. Gravity is a theory. General relativity is a theory. Theories are amazing.

That’s what some teachers at Heritage Middle School in Florida tried to get across to eighth graders, with a reading assignment that included the following passage: 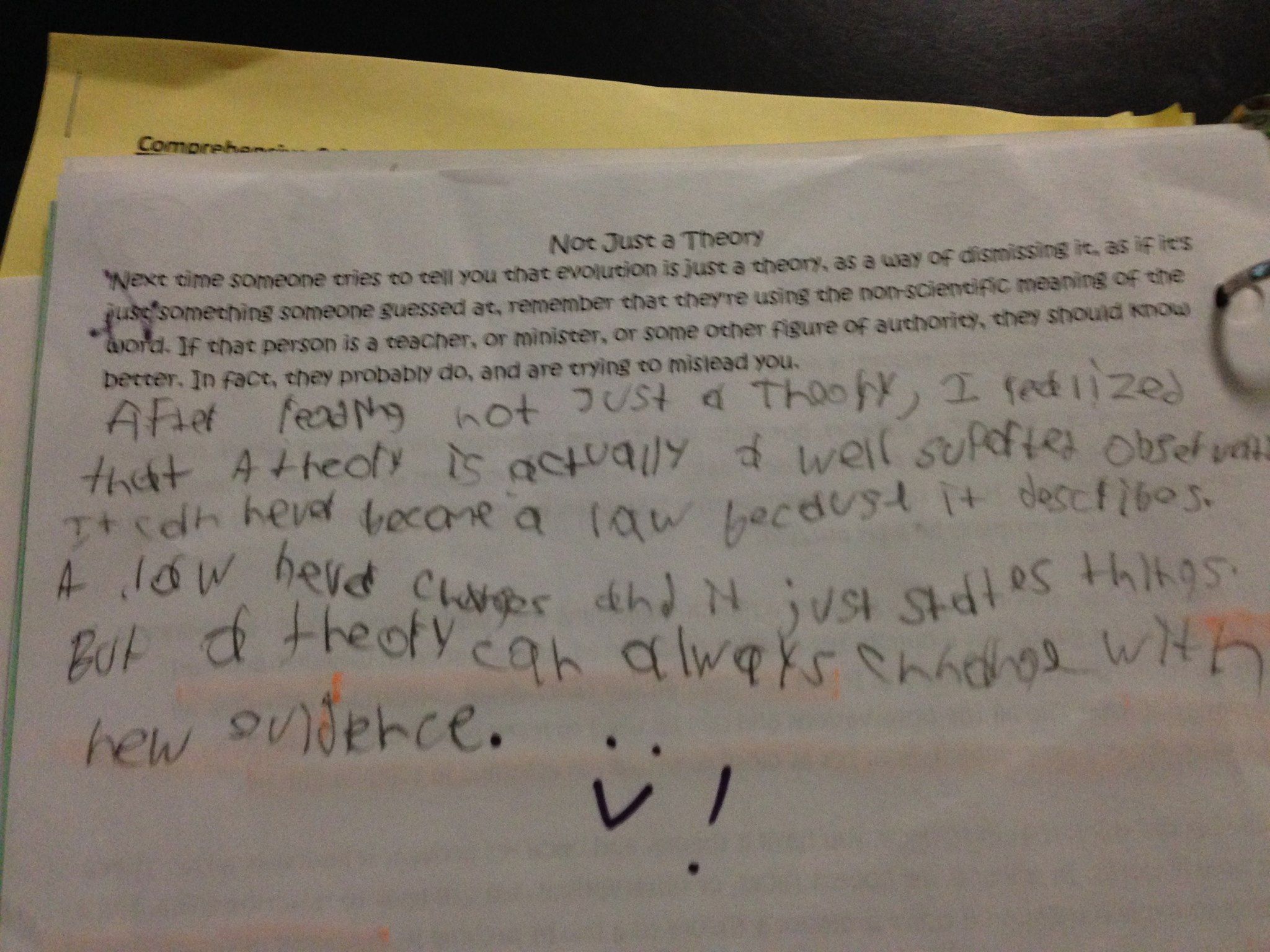 Next time someone tries to tell you that evolution is just a theory, as a way of dismissing it, as if it’s just something someone guessed at, remember that they’re using the non-scientific meaning of the word. If that person is a teacher, or minister, or some other figure of authority, they should know better. In fact, they probably do, and are trying to mislead you.

My problem with that is that ministers and parents usually don’t know any better. They’re very ignorant on this issue. So to suggest they’re “misleading” people and should know better is unfair; they genuinely believe evolution is a myth.

But some parents in the area were angry at the implication that ministers and parents were purposely deceiving kids by saying evolution isn’t valid:

When parents such as Jennifer Flinchum first read those lines, “the hair on the back of my neck stood up,” she said.

“It’s not so much the evolution aspect of it, it’s just the way they phrased those few sentences how they were kind of taking the rights away from the parents,” said parent, Lisa McNeil.

No one was taking anyone’s rights away, but let’s admit two things:

1) Parents and ministers are absolutely wrong if they say evolution isn’t the best explanation we have for how every living thing came to be.

The principal of the school, Thomas Vaughn, has since sent home an apology saying those last two lines were completely inappropriate. I can’t say I disagree: 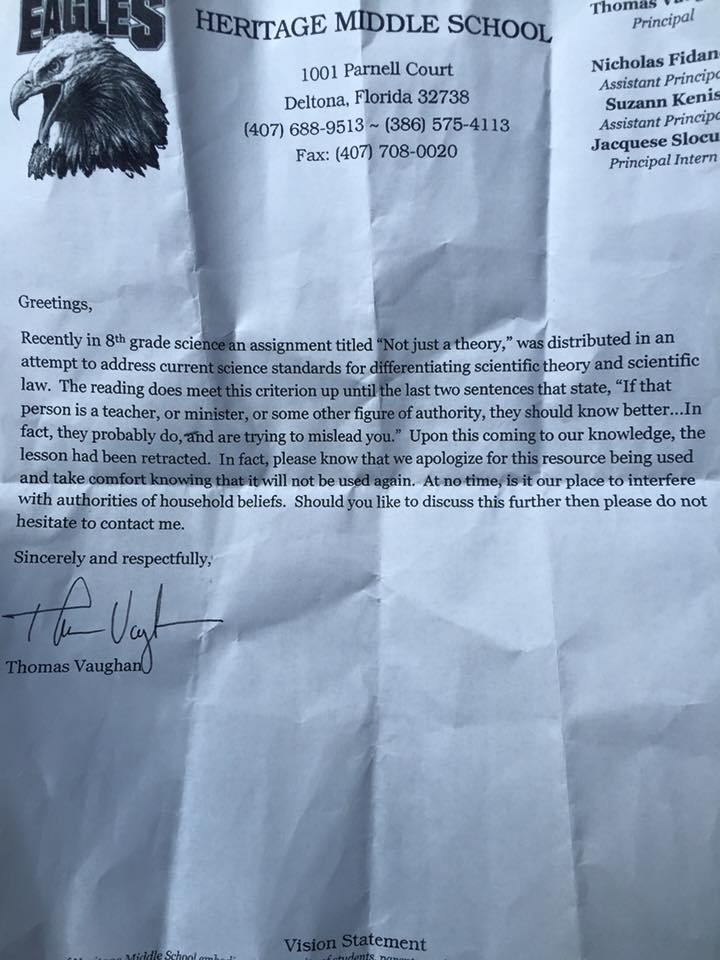 … Upon this [passage] coming to our knowledge, the lesson had been retracted. In fact, please know that we apologize for this resource being used and take comfort knowing that it will not be used again. At no time, is it our place to interfere with authorities of household beliefs…

I think Vaughn handled that well. He didn’t say it was wrong to address the “evolution is a theory” phrase. He didn’t throw the teachers under the bus. He just said this particular resource wouldn’t be used again.

I’m fine with that. A reworded passage conveying the same information would be just as effective. You can educate students on evolution without slamming people who don’t accept it. Why add to their persecution complex?

September 27, 2015 Lottery Winner Credits Psychic and Lucky Store and Make It Stop My Brain Hurts
Browse Our Archives
What Are Your Thoughts?leave a comment