This Short Film About a Man Telling His Wife to Wear a Niqab in Public Has a Great Twist Ending September 25, 2015 Hemant Mehta

In a terrific short film called Farid in the West, a good-looking Middle Eastern man and his wife Nija move to a westernized country. 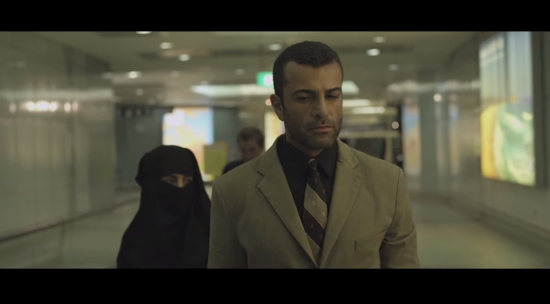 Before he heads out for a job interview, Farid reminds his wife not to go out in public without wearing her niqab. “I want people to see you for your mind, not as a piece of meat,” he tells her.

That doesn’t work out so well for either of them.

Awesome movie and only 10 minutes long. Do yourself a favor and watch it 🙂

(via Spaceboy Productions, the team behind the fantastic Wingman series and the hilarious “Don’t Not Have Sex” video)

September 25, 2015
Here's Why the United States Isn't a "Christian Nation"
Next Post

September 25, 2015 Judge Rules Against Atheists in Case Involving Nativity Scene Outside Indiana Courthouse
Browse Our Archives
What Are Your Thoughts?leave a comment