The Ansarullah Bangla Team, a terrorist organization, has issued a new hitlist of atheist bloggers primarily based in Bangladesh, though some are overseas. 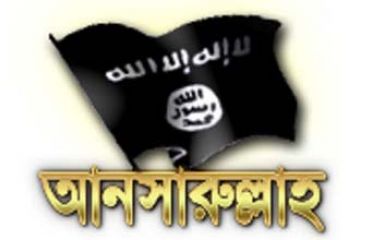 ABT, which supposedly has ties to Al-Qaeda, has already had a hand in the murders of Ahmed Rajib Haider, Avijit Roy, Washiqur Rahman, and Ananta Bijoy Das. They also claimed responsibility for the attacks on Asif Mohiuddin.

The targets in the list include nine bloggers based in the UK, seven in Germany, two in the US, one in Canada and one in Sweden. Some are Bangladeshi citizens living overseas. Others are dual nationals or citizens of the western nations.

The new list is accompanied by an incoherent demand to strip bloggers of their citizenship. It appears to be addressed to the government of Bangladesh’s prime minister Sheikh Hasina, though many of those on the hitlist have dual nationality or are citizens of Britain, the US or European nations.

“Cancel the Bangladeshi citizenship of enemies of Islam and [Muslim religious] education, atheists, apostates, unbelievers, anti-Islamic … bloggers, agents of India … otherwise they will be killed wherever they can be found in the Almighty’s world,” said the statement.

While it’s unclear whether ABT has the capabilities of killing anyone outside of Bangladesh, it’s nothing to take likely as they’re already acted on their hate before.

So far, the Bangladeshi government has not made any public statement about the threat.

(Image via Tracking Terrorism. Thanks to Shabnam for the link)

September 23, 2015
If Jenny McCarthy Wrote a Lullaby, This Would Be It
Next Post