Atheist Group Continues to Help Community Clean Up Its Riverbed

For 21 years, the City of Santa Clarita in southern California has held an annual “River Rally,” where local citizens converge on a section of the Santa Clara River to clean out thousands of pounds of litter and debris, and for the third year in a row, last Saturday, the Santa Clarita Atheists and Freethinkers, of which I’m a member, joined 1,400 other people to help clean up another couple of miles of southern California’s last completely natural river, an important refuge and migratory route for dozens of species of wildlife. 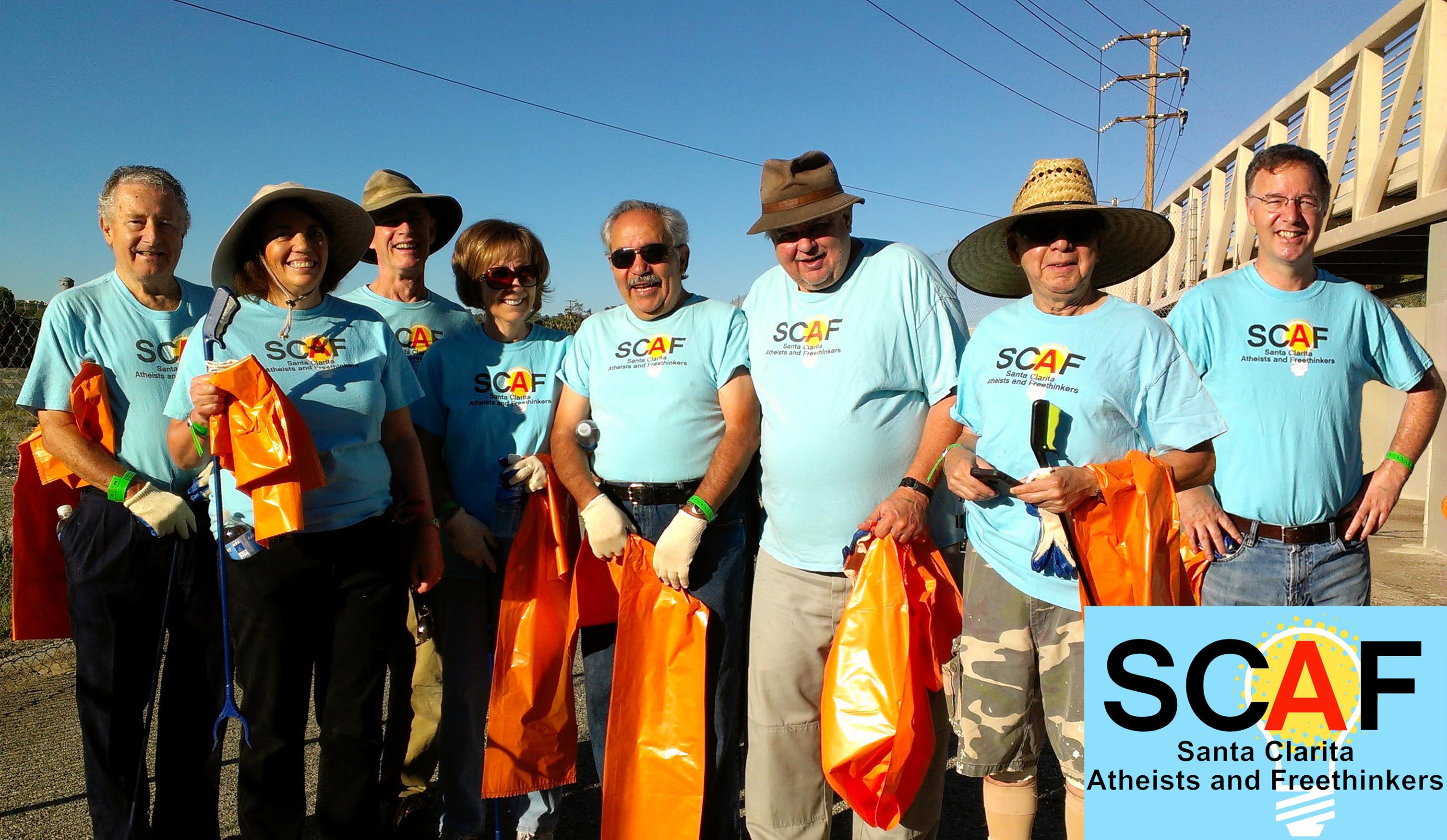 Why do we do this? It must be because we think that all people and all living things are nothing but accidental piles of molecules with no meaning, purpose, or value, right? Or is it because we don’t give a crap about life, death, or anything in-between? I mean, many Christians frequently tell me that’s what I think. Helping the environment and the community for free is what immoral, uncaring, cynical, selfish nihilists like us do. Or so I’m told.

Well, there’s a place for arguing against such prejudice, and then there’s a place for refuting it in our behavior. In my selfish, nihilistic way, I personally picked up four large trash bags full of litter, including 18,334 plastic water bottle caps (an estimate based on my lower back pain). There weren’t that many bottles, just the caps. What the heck is that about? Joggers and cyclists use the trail at the river’s edge. Do they toss the caps, drink the water, and then eat the bottles? I was also proud to drag out one of five market shopping carts. Man, those things are heavy in soft, dry sand when the wheels don’t turn.

I’m very proud to be a member of this group because it’s so positive. It’s such a simple and affirmative thing to show up in our distinctive t-shirts and pitch in, meeting people as we work and confounding their negative stereotypes. Every year, someone asks about our group and expresses an interest in joining. Soon we’ll also be “adopting” a section of a major freeway that runs right through our town, keeping that clean year-round.

Despite the trash and junk, it’s actually pleasant to walk in the broad, dry riverbed. There is a wide variety of fascinating plants and animals to be seen. The city noise is almost inaudible, and a familiar peaceful relaxation begins to seep into me. I used to go far into the wilderness to get that sensation, but this is available just a couple of miles from my home. 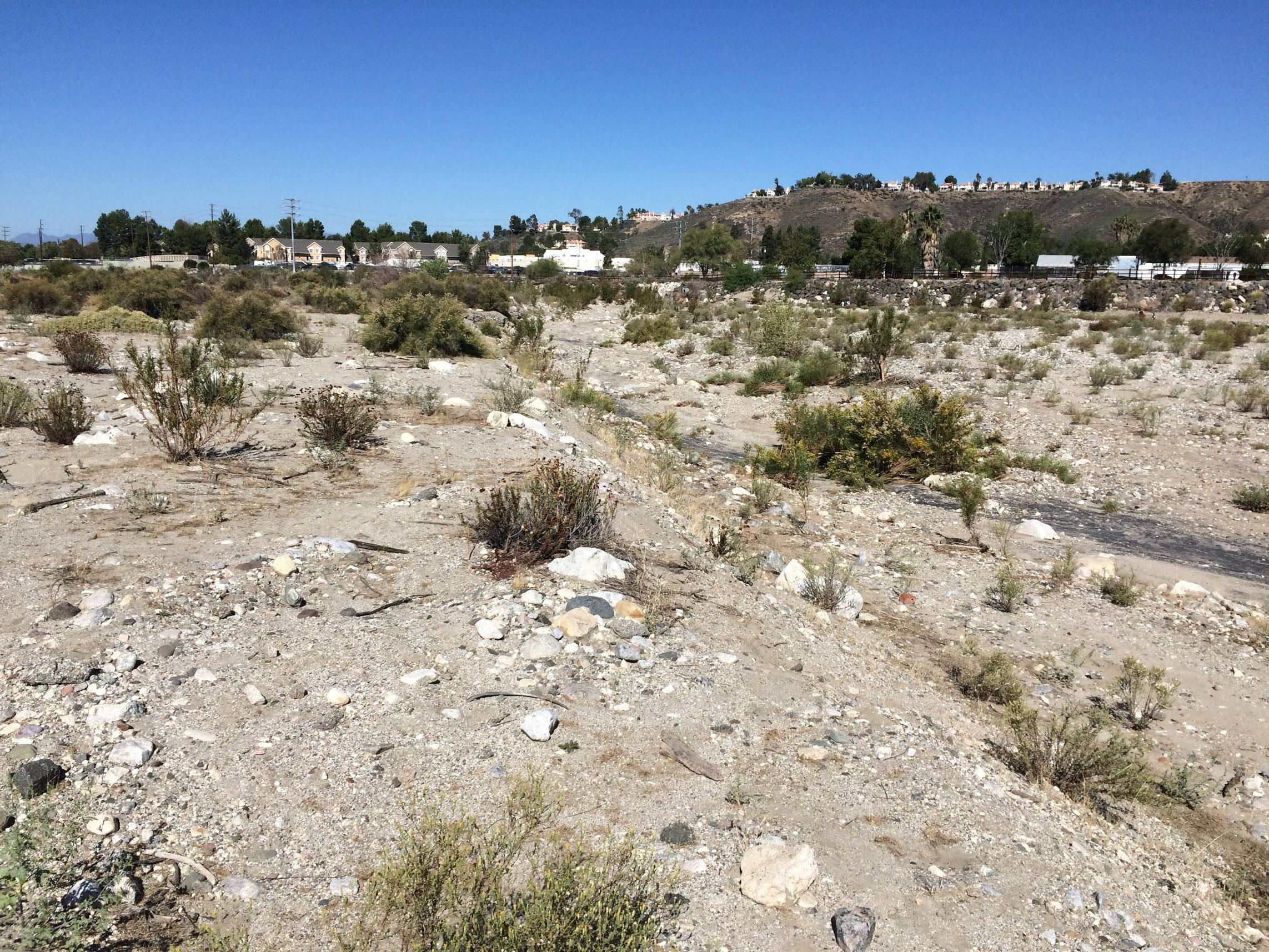 Like all rivers in this part of the country, it’s dry most of the year, but the size of the alluvial rocks serve to remind that you would not want to be standing there during a rainstorm. With the predictions of “El Niño” coming this winter, I’m glad we were able to remove another several tons of trash before it does more damage to our ecosystem.