A couple of days ago, Doritos promoted a limited edition “Rainbows” bag of chips with proceeds going to the It Gets Better project. The bags were sold out almost immediately — and conservatives are still fuming over the horrors of gay chips, battling it out over who’s most offended. 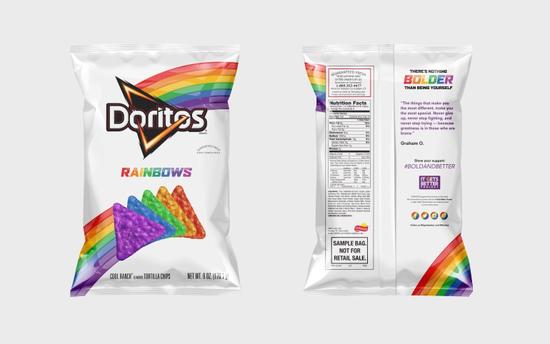 The winner so far? Bethany Blankley of BarbWire, who somehow found a link between Doritos and… well… read for yourself:

Doritos has played into the marketing lie dictating the agenda of less than 3 percent of the population. Yet if the 97 percent rejects their aggressive, discriminatory efforts as not normal, unacceptable, and unloving, the 97 percent are targeted and hatefully labeled, left with more than “a Doritos finger.”

They do it with other products, too. Just ask the Christian pastor who claims Starbucks coffee is flavored with the “semen of sodomites.”

Side note: The concept of “Doritos finger” was used in this fake commercial with a sexual twist, making Blankley’s last line that much funnier.

September 19, 2015
Why Do So Many Catholics Disagree with Church Teachings?
Next Post