You would think professors would go out of their way to help out students in their classes. Every now and then, though, you hear about some who pull a Kim Davis. They’ll find a religious excuse to avoid doing something ridiculously simple even when it would make another person’s life so much better.

William Sears, a student with a hearing disability at Memorial University (Newfoundland), has a simple request. He needs his teachers to wear a sound-transmitting device so he can hear them more clearly.

But one professor, Dr. Ranee Panjabi, refuses to do it because it violates her religious beliefs: 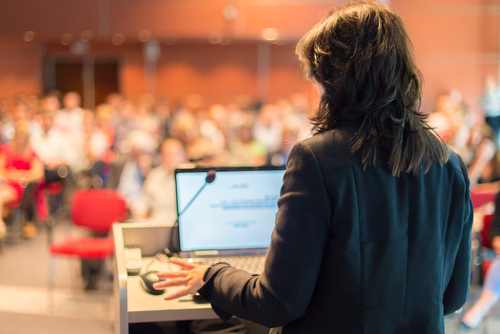 Sears was looking forward to the History of Espionage course being taught by Panjabi, but had to switch to a different course after she refused to wear the device.

He said Panjabi told him that a similar incident happened about 20 years earlier and it had been resolved that she wasn’t required to wear the device.

“She said she had some sort of agreement with the Blundon Centre or with the university saying she wouldn’t have to wear an FM system because of religious reasons,” he said.

“I told her that was unacceptable to me, and as I gathered up my things and started to leave the classroom, Dr. Panjabi asked for my name so that she could strike it from the attendance list.”

I’m not sure what Panjabi’s religion is. But I can’t recall any holy book saying adherents should always screw over people with disabilities.

Since when is wearing a microphone getting in the way of God? (If anything, He’ll just hear your prayers that much more.)

Who knows. Maybe it’s just paranoia. A professor of espionage not wanting radio transmitters around her? I could see that happening (though her refusal would still be irrational).

I remember some students in grad school recorded lectures by placing a device near the professor. (It made no sense to me. It was hard enough sitting through the classes once, and they wanted to listen to it again?) But I never heard a professor refusing to allow it. It required no extra work on their part, so what was the big deal?

Reasonable religious accommodations ought to be made for teachers as well as students, but there’s nothing reasonable about what this professor is doing. She’s just using religion as an excuse to get out of doing what everyone else just does.

September 17, 2015
Sam Harris and the Problem with Profiling Muslims at the Airport
Next Post