You may recall Herbert and Catherine Schaible, faith-healing parents who let two of their children die, separately, from preventable causes because they believed prayer would help them instead of doctors.

If you need a (sad) reminder of their crimes, read this post. 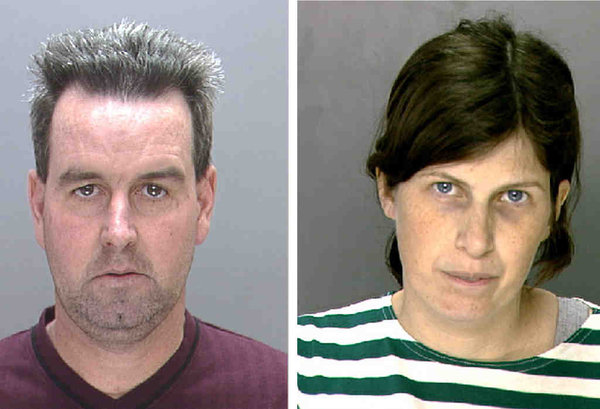 Despite the preventable nature of their crime and the possible 40-year prison sentence they could have received, they were let off relatively gently. A judge sentenced them to a maximum of only seven years in prison (and possibly less), telling them, “You‘ve killed two of your children… Not God. Not your church. Not religious devotion. You.”

That was early last year. Prosecutors actually appealed the ruling, arguing that the prison sentence was far too lenient. They wanted sentences lasting 8-16 years.

Unfortunately, they won’t be getting the harsher penalty.

The appeals panel unanimously affirmed the [3.5] to 7 years in prison imposed on each by Philadelphia Common Pleas Court Judge Benjamin Lerner. The Philadelphia District Attorney’s Office challenged the sentences as too lenient but the appeals court ruled that Lerner’s sentence was within his judicial discretion and did not violate the law.

So the Schaible will be back home within a few years, even though they’ve now killed two of their children.

They have seven other kids, in case you’re curious. All of them are currently in foster care.

(Thanks to Zack for the link. Portions of this article were published earlier)

September 16, 2015
14-Year-Old Muslim Arrested After Adults Assume His Homemade Clock is a Ticking Bomb
Next Post