A Woman Shipped Pagan Books to Her New Home, Only to Find a Baptist Hymnal in Their Place September 16, 2015 Hemant Mehta

A Woman Shipped Pagan Books to Her New Home, Only to Find a Baptist Hymnal in Their Place

When Giovanna Sforza made plans to move to North Carolina from Arizona, she knew she didn’t have enough space in the car for all of her books, some of which were Pagan-themed. So she packed them up in eight boxes, went to the post office, insured the packages for $300, and shipped them to her new city. 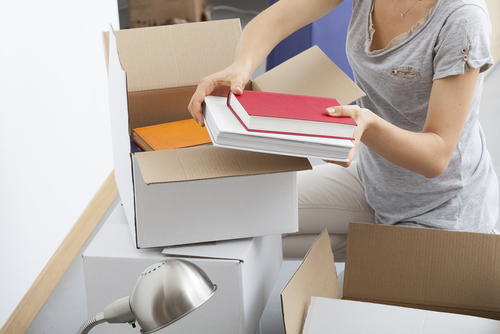 Six of the boxes were heavily damaged when she later picked them up at the post office (which she reported to officials). More importantly, though, when she opened them up at home, she realized the contents weren’t the same.

Sforza spoke with Cara Schulz at The Wild Hunt:

Upon checking the contents against a list made in Arizona, Sforza quickly realized that just the books that appeared to have Pagan topics had been stolen, and a brand new Baptist hymnal had been placed in one of the boxes before it was resealed…

… She theorized, “Somewhere along the postal route, while in federal Postal Service custody, a box or more broke open, a federal postal employee saw the contents, removed my books, and placed a hymnal inside in their place. Apparently they felt I needed to be singing the praises of Jesus. I do not know how else this could have happened. I am really shocked, because I would presume, that there are cameras at these places?”

She also said that she is surprised a federal employee would risk a possible jail sentence of 5 years in prison and up to a $5000 fine just to make a point.

I’m not sure how else it could have happened, either. Sforza plans to file charges.

It’s not the first time the U.S. Postal Service has been accused of tampering with packages containing non-Christian products.

In 2013, Berlin-based Atheist Shoes pointed out that products shipped with “atheist”-branded packing tape arrived at their destinations much more slowly than products with generic tape.

(Image via Shutterstock. Thanks to Zack for the link)

September 16, 2015
Kim Davis' Lawyer Says a Host on The View Called For Davis To Be Killed
Next Post