What It’s Like to Be an Atheist Surrounded by Religion September 15, 2015 Hemant Mehta

What It’s Like to Be an Atheist Surrounded by Religion

Tom Chivers of BuzzFeed (UK), who previously asked atheists how they found meaning in life, is back with a disturbing look at what it’s like to be an atheist in a highly-religious society: 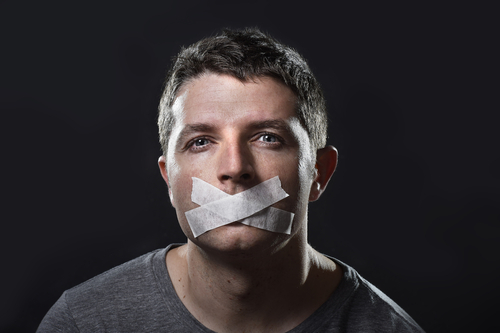 Here’s just one excerpt, from Ajanta Deb Roy in Bangladesh:

In 2013, after the murder of atheist blogger Rajib Haidar Shovon [one of several such murders in Bangladesh in recent years], I, along with other activists, bloggers, and campaigners, was targeted by the Islamists. They declared us atheists and wanted us dead. Old friends unfriended and blocked me on Facebook, very close relatives stopped contacting me, and some even threatened me to make me stop.

I fear for my life as an activist against Islamism, and they have already declared me as an enemy of Islam. But I can easily tell everybody that I am a campaigner against the Islamists in Bangladesh, I can not express my agnosticism that easily in public. This is the fear we face in Bangladesh — not only the fear for our lives, but also the fear of social and political death.

So depressing… and yet it’s the way so many atheists have to live.

Also sad? There are remarks from people who live in Bangladesh and Croatia and Morocco and Nigeria… as well as a couple of U.S. states. Just in case you thought this sort of reaction only happened over there. The reaction might be more violent, but atheists face plenty of opposition in the U.S.

(Image via Shutterstock. Thanks to Nezir for the link)

September 15, 2015 A Wonderful New Ad Features a Woman Stopping a Gay Couple from Getting Married
"I think you are offering sarcasm, so please restate your claim without it. Thanks."
Gary Whittenberger Arizona Republicans File Bill to Punish Abortion ..."
"But when Catholic clergy rape children they do it morally, unlike all those evil gays ..."
jomicur Catholic Bishops Condemn Pro-Choice Joe Biden ..."
"Bet you five bucks the pictures behind him came with the frames."
Rusty_Griswold Christian Who Spread “Prophecies” About Trump’s ..."
"GW2: "What do you think about that one?"MD3: I think that you didn't say anything ..."
Gary Whittenberger Arizona Republicans File Bill to Punish Abortion ..."
Browse Our Archives
What Are Your Thoughts?leave a comment