An Update on We Are Atheism September 15, 2015 Hemant Mehta

An Update on We Are Atheism

Earlier this year, I posted a series of concerns I had about a group called We Are Atheism. 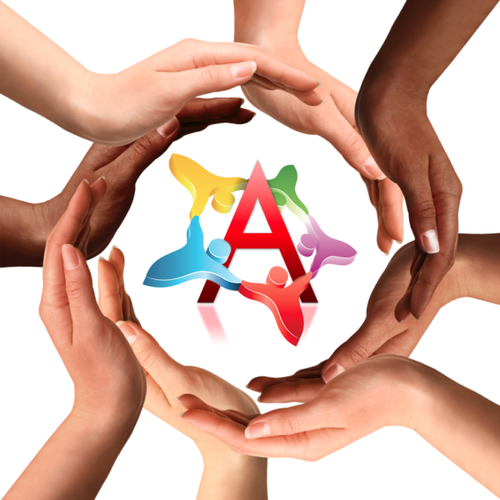 The group raised money from atheists after tragic events and natural disasters, supposedly to help victims and their families, but the money didn’t always make it there. In some cases, it was given to people completely unaffected by the tragedies, unbeknownst to the donors at the time. The co-founders said publicly they weren’t taking a salary, even though they were. They said donations to the group were tax-deductible, even when they weren’t. Maybe you can chalk some of that up to people who were simply ill-equipped to manage a non-profit, but it seemed much more serious than mere sloppiness to me.

Several former board members of We Are Atheism later spoke up about why they resigned; their reasons included a lack of financial transparency in the organization.

Since all of that went down, Lee Moore took over as President of We Are Atheism and Amanda Brown stepped down from the board (she no longer has a formal connection with the group).

Moore vowed to get an independent tax firm to look over the group’s finances and pledged to make things right.

I should say up front that I supported him in this matter. I like the idea of a group that can raise money from atheists in times of crisis — provided everything is above board and transparent. I want to see them succeed.

So what happened with that independent tax firm? It’s a question a lot of you have been asking me for months now and I can finally answer. Kind of.

Simply put: They couldn’t complete the audit. They asked Brown for access to certain accounts involving We Are Atheism’s money and they didn’t receive it. Why not? That’s for her to answer, not me.

According to the tax preparer:

They did answer for some of the expenses. However, about a month ago, when we were dialing down to the gritty, Amanda [Brown] disappeared. Lee [Moore] has been very helpful in pursuing all we asked for but at the end of the day, Amanda has the answers we needed.

… We could not complete a full audit and this case never went to my CPA. You can’t reconcile all bank statements when some are missing.

What the tax firm could share with me (with Lee Moore’s permission) were the records they had compiled up to that point. As much as I’d like to post them, the fact of the matter is that nothing in them makes me second guess what I wrote earlier. My suspicions remain in place.

I will leave it to the new We Are Atheism board to decide whether or not they want to publicize the incomplete audit.

I asked the preparer what questions still remained unanswered and this is what he told me:

We do not know how they accounted for the missing money including cash donations… Very little cash is shown coming in.

We don’t know what the [Browns] reported on their personal tax returns either. When an organization cannot provide proper evidence to the IRS, the money missing becomes income. There’s potentially more than $20k to $30k missing or used for personal expenses over the entire 3 years. Not to mention the many contradictory posts on their social media versus the mathematical facts.

If the IRS gets involved this would most likely go to their criminal division.

I don’t think anyone’s pursuing that path. Still, it’s disturbing. The audit could have cleared the record, but that didn’t happen.

So what will come of We Are Atheism now? There’s new leadership and the people there are determined not to let their past dictate their future. Lee Moore, who’s running the group now, responded at length when I told him I would publish any statement his group wanted to make:

We Are Atheism is dedicated to the idea that non-profit organizations such as ours should be doing everything in their power to continuously earn the trust of those who support it by being as transparent as possible.

When I took over as President of WAA, I insisted on making sure that our organization held up to that standard. When it came to our attention that there were some potential issues with our finances in regards to the time when Amanda Brown was in sole control of WAA, our board of directors asked her to step down from her position while we investigated. I am personally a fan of the idea of using an impartial third party to handle these sorts of things. To that end, I was put in touch with Joey Kirkman, someone with the skill set to tackle our books and do so without any bias.

For months I would send Mr. Kirkman our records and answer his questions as best I could. For the most part, I was relaying his questions to Amanda Brown, since she was the only one of us who was around in those days. Sadly, Amanda was unable to provide us with receipts or answers to many of these questions. Towards the end, she informed me that she was done with it all and no longer wanted any part of the atheist community.

I made a promise to this community that we would release the findings of our audit. I authorized Mr. Kirkman to share any and all details with Hemant Mehta with the understanding that he would be sharing them in his own words with all of you.

I understand that these results will not make many of you happy. I can only ask that you consider not taking out these frustrations on We Are Atheism.

The organization is no longer under the control of one person who I still believe started it with the best of intentions and was able to achieve a great deal for our common cause. To this day we still receive messages of thanks and heartwarming stories about the achievements of We Are Atheism under Amanda Brown.

The current current board of directors, myself included, see the vast potential of this organization and want to keep up the good work that Amanda started. While Amanda is gone and wants nothing to do with us anymore, the rest of us have been working hard to fix every problem and ensure they do not happen again. We are expanding our board, building a brand new website, and dedicating ourselves to transparency and the growth of our community.

We hope you will continue to support us and our upcoming projects.

They’ll have my support, too.

I really do believe the organization is now in capable hands, and your money will be going where it’s supposed to go. Lee and his board have pledged complete transparency moving forward.

To that end, Todd Stiefel of the Stiefel Freethought Foundation sent me this message last night:

“SFF is giving $1,000 to We Are Atheism to help the organization as it moves forward. I applaud the leadership of WAA for taking the high road through difficult times, correcting issues within the organization, and setting it up for future success.”

I think we ought to give the We Are Atheism board the benefit of the doubt as they work to create a really fantastic resource.

September 15, 2015
Thanks to Kim Davis, More Americans Than Ever Before Support Equal Rights Over Religious Bigotry
Next Post

September 15, 2015 After Multiple Requests, Atheist Finally Delivers Invocation Address in Sanford, Florida
Browse Our Archives
What Are Your Thoughts?leave a comment