Focus on the Family, one of several organizations that thrives on the false idea that Christians are being persecuted, is rallying students for what they’re calling “Bring Your Bible to School Day.”

The quickest way to lose our religious freedoms — and ultimately lose our freedom to share about God’s love — is to stop using our constitutional free-speech rights. Like a muscle, we need to exercise our rights to talk about God and His Word, even though at times we may feel intimidated or afraid.

All of that is perfectly fine (and legal)… but let’s point out the obvious: That right was never in jeopardy. Even if Christians didn’t exercise their right to bring a Bible to school, liberals weren’t going to stop them.

But you would never know that if you looked at the examples offered in the group’s teenage guide. Check out the horror stories they bring up: 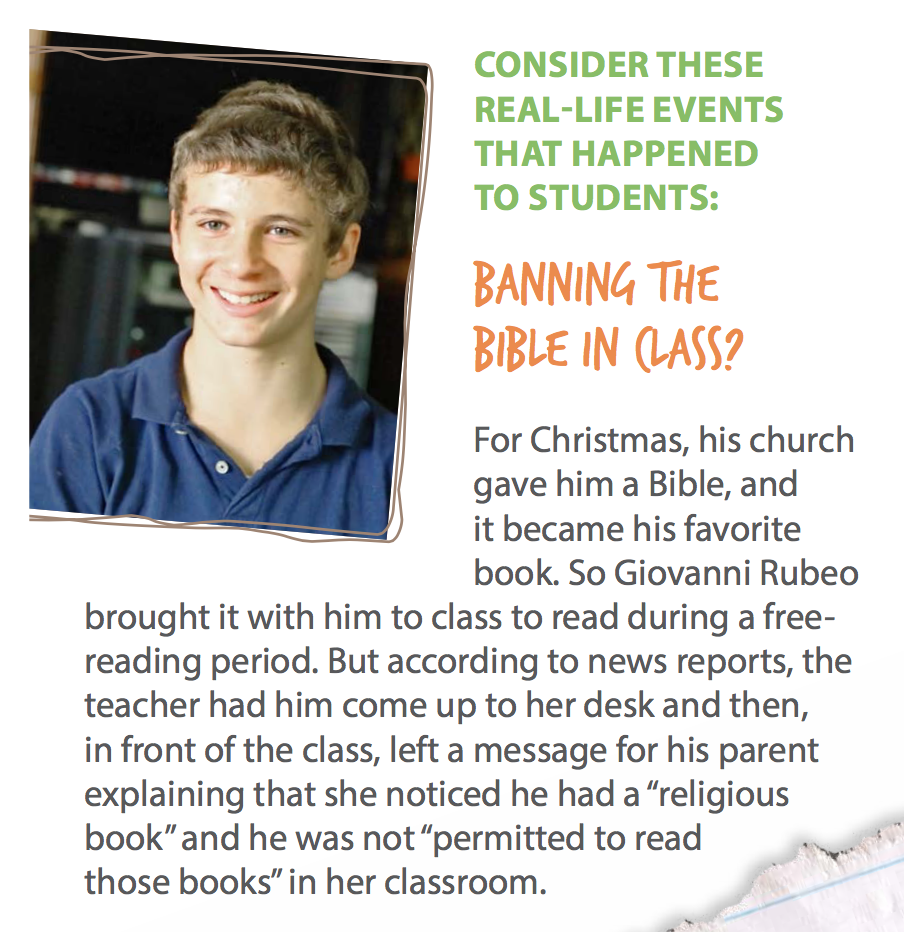 For Christmas, his church gave him a Bible, and it became his favorite book. So Giovanni Rubeo brought it with him to class to read during a free-reading period. But according to news reports, the teacher had him come up to her desk and then, in front of the class, left a message for his parent explaining that she noticed he had a “religious book” and he was not “permitted to read those books” in her classroom.

That’s not the whole story, of course.

When the District found out what that teacher did, they didn’t defend her. They corrected the problem. I agree she was wrong. So do church/state separation groups. That teacher wasn’t persecuting anyone; she just didn’t understand the law. And the District put a stop to it.

But Focus on the Family calls that section “Banning the Bible in class” as if that was ever going to happen.

They tried again with another story: 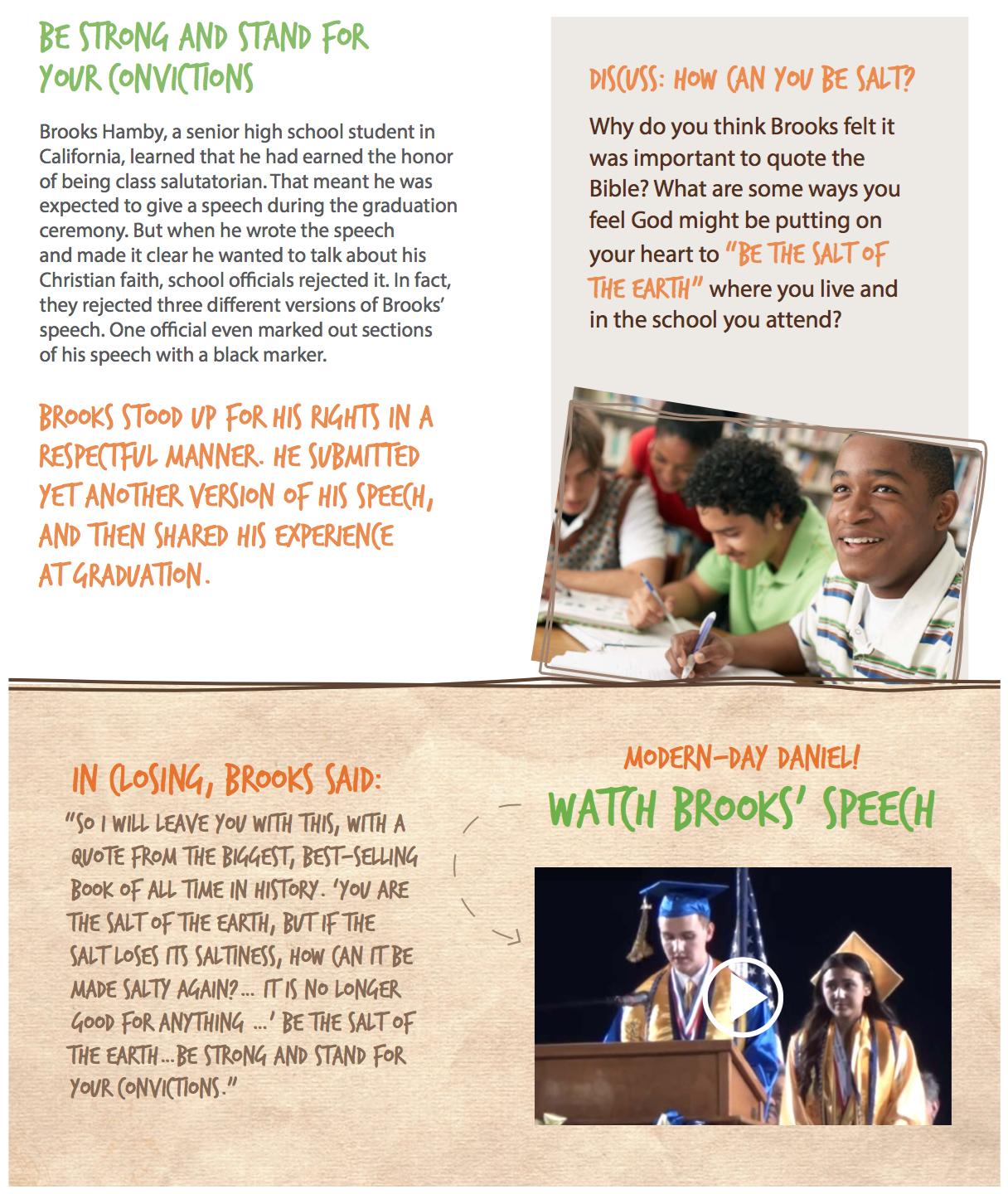 Brooks Hamby, a senior high school student in California, learned that he had earned the honor of being class salutatorian. That meant he was expected to give a speech during the graduation ceremony. But when he wrote the speech
and made it clear he wanted to talk about his Christian faith, school officials rejected it. In fact, they rejected three different versions of Brooks’ speech. One official even marked out sections of his speech with a black marker.

That’s not the school officials punishing his free speech rights.

Public school graduations cannot include endorsements of religion. Since Hamby’s speech, which he had to submit to administrators in advance, was basically a sermon, they correctly told him he couldn’t deliver it with that content.

He did it anyway, without their knowledge, but keep in mind that if an atheist student did what Hamby did, Focus on the Family would likely be first in line whining about how disrespectful it was for a student to turn a graduation ceremony into a venue to share his religious beliefs.

Focus on the Family needs to make up its mind. They can’t argue that Christians are being persecuted while simultaneously telling them to exercise a right that church/state separation groups would absolutely agree they have.

They can’t encourage students to proselytize at graduation unless they’re also willing to say they support Muslims and Pagans and atheists doing the exact same thing.

So go ahead, students. Bring your Bible to school. You don’t need a special day for it, since you can do it whenever you want. No one’s stopping you. The only example Focus on the Family can ever offer of that happening is an isolated incident in which all sides agreed the teacher was wrong.

September 12, 2015
Louisiana Cop Prays with People He's Pulled Over for Speeding
Next Post