Here’s a question for you: Why is the person running the Lake Dallas Independent School District’s Twitter feed retweeting a prayer? 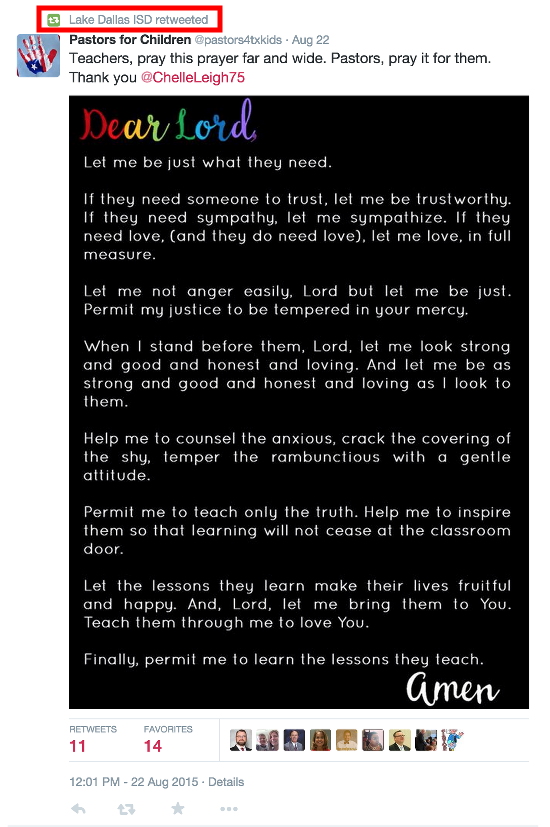 I know it’s Texas, but that’s still illegal promotion of religion. It shouldn’t be happening. It’s nothing to file a lawsuit over, but it’s something the District needs to address before the problem gets worse.

The Freedom From Religion Foundation’s Sam Grover sent a letter to the District asking for assurance that it won’t happen again:

The District must make certain that it does not unlawfully endorse religion, either in the classroom or through social media. Parents, not the school district, are responsible for determining the religious or nonreligious upbringing of their children and each student has an independent right of conscience that must be respected.

As of this writing, the retweet (dated August 22) is still on the District’s timeline.

September 11, 2015
Can a Kansas Elementary School Feature a Painting of "The Last Supper" in the Cafeteria?
Next Post