In the last couple of weeks, officials at the University of Tennessee-Knoxville made two big decisions relating to gender-neutral pronouns. First, they recommended the campus community embrace gender-neutral language at their leisure. Second, they retracted that suggestion at the demand of high-profile state conservatives.

Gender-neutral pronouns — like “they,” “ze,” and “hir” — are being used increasingly by transgender people who don’t feel like the categories “men” or “women” suit them.

Michael Brown of Charisma News is terrified of this. 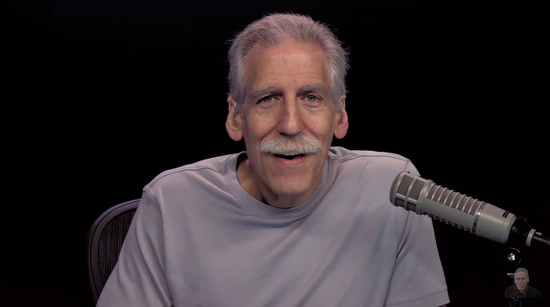 He wrote in a recent piece:

We simply cannot deny reality and obscure (or even try to eliminate) the very thing that makes the world go around, as if anything and everything goes and the only thing that is not allowed to be normal is normal itself.

Gender is the very thing that makes the world go around?! Yikes.

Mr. Brown’s framing is misleading. UTK never demanded anyone make the switch to all gender-neutral language; officials merely suggested it as a way to make all students feel safe and supported. If your friend Robert asked you to call him Bob, you’d do it in a heartbeat. Using perfectly reasonable language that makes someone comfortable is common courtesy. What’s wrong with that?

He continued his rant:

Do we require an entire school to use sign language rather than talk because of the presence of one deaf child?

Do we require all the children to learn braille and read with their eyes closed because of one blind student in their classes?

Then why is a university calling on students to use gender neutral pronouns?

And why are children’s schools calling on teachers to drop all gender distinctions?

Brown is disturbed by society’s shying away from the gender binary (the societal misconception that there are only two genders and that the roles of those genders are strictly defined). But why?

Perhaps it’s because the gender binary has always served to benefit people like him: straight men.

The gender binary dictates that men dress one way and women dress another way. Men go to work and make money, women stay home and have babies. Men and women marry each other. That’s how the gender binary prescribes the American Dream.

What about those people — whether or not they’re trans — who aren’t happy with what the binary has in store for them? People who don’t want to dress according to an obscure letter on their birth certificate? People who fall in love with someone of the same gender? Men who’d rather be stay-at-home dads? Women who want to work? Trans people who want to exist without Charisma News denying their basic humanity?

The gender binary fails these people. And that’s what Michael Brown wants.

Kids don’t dress based on the gendered signs at Target or play with toys designated for one gender or another; they wear what they want to wear and play with the toys that appeal to them. What makes a truck inherently a “boy toy” or a doll a “girl toy”? And whose life will be ruined when a kid plays with the “wrong” one? A Minion t-shirt is still a Minion t-shirt, no matter who wears it.

Trans people’s transitions are private, personal matters. Names and pronouns belong to one person, and they’re not available for public comment or debate. None of these things are anybody else’s business or concern.

How is Michael Brown personally harmed when other people make decisions that are best for them?

Even some LGBT allies may raise the language question, so let’s look at this in comparison to another historical language shift: the introduction of the honorific “Ms.”

Here’s a quip from a New York Times piece about how Ms. transformed from a “feminist calling card” to an uncontested linguistic norm:

In the Nov. 10, 1901, edition of The Sunday Republican of Springfield, Mass., tucked away in an item at the bottom of Page 4, an unnamed writer put forth a modest proposal. “There is a void in the English language which, with some diffidence, we undertake to fill,” the writer began. “Every one has been put in an embarrassing position by ignorance of the status of some woman. To call a maiden Mrs. is only a shade worse than to insult a matron with the inferior title Miss. Yet it is not always easy to know the facts.”

How to avoid this potential social faux pas? The writer suggested “a more comprehensive term which does homage to the sex without expressing any views as to their domestic situation,” namely, Ms. With this “simple” and “easy to write” title, a tactfully ambiguous compromise between Miss and Mrs., “the person concerned can translate it properly according to circumstances.”

We are in need of a comprehensive term which does homage to the person without expressing any views as to their gender. Enter gender-neutral pronouns.

While some people dress and present in stereotypically masculine or feminine ways, others don’t. Women with short haircuts get called “Mr.” or “him” all the time; that’s uncomfortable. Trans people may be called the wrong pronouns or honorifics in public; that’s devastating. There is absolutely no reason to center a person’s gender in every conversation with or about them. When we limit ourselves to gendered pronouns and honorifics, that’s what we do.

Say you and I were meeting for the first time to discuss our shared love of talking about Kim Davis, and suppose someone else scheduled the meeting for you. Would you prepare yourself differently if you were told you were meeting Mr. Beredjick vs. Ms. Beredjick vs. Mrs. Beredjick? Do you need to know how I identify in order to carry on a conversation with me? If so, gender-neutral language is the least of your worries.

Michael Brown has a colleague at Charisma News named J. Lee Grady. Lee is a gender-neutral name. (From a quick Google search, I’ve found that Grady uses the pronouns “he” and him.”)

Mr. Brown: Say a colleague was introducing you to J. Lee via email and you didn’t know what pronouns Grady used. Would you rather respond to your colleague saying “Is J. Lee a man or a woman?” Or would you simply rather say “I look forward to meeting them” and embrace this totally convenient pronoun? Which sounds more tactful to you?

I get that Mr. Brown is homophobic and transphobic. Every article he writes makes that clear. What I don’t understand is why, when he won’t have to change a single thing about his life, other people’s happiness causes him so much anguish.

I don’t get it. I probably never will.