A Christian Reveals Six Reasons He Might Lose His Faith September 11, 2015 Hemant Mehta

A Christian Reveals Six Reasons He Might Lose His Faith

Matt Herndon is a pastor and seminary graduate who describes himself as a “Trinitarian theist who worships a resurrected God-man who is, in my opinion, quite a Guy.” He’s a Christian who takes faith very seriously.

But that doesn’t mean his faith doesn’t have some holes in it. In a post that you have to appreciate for its honesty, Herndon lists several reasons he might be persuaded to step away from his faith. 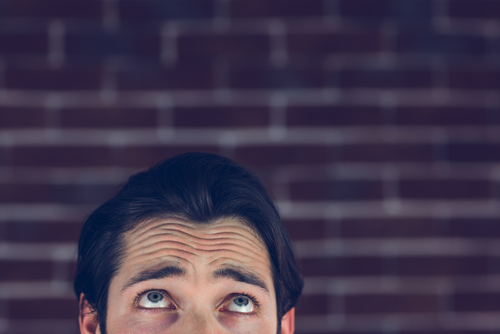 #6. I find it hard to believe that I am one of the special few people on earth who happen to have been born into the One True Religion.

For the most part, people are born into countries and cultures which have a predominant religion that they generally end up joining, concluding furthermore that people of other religions are incorrect in their own religious conclusions. Now, isn’t it interesting how I was born a Christian and believe Christianity is the one true faith, while my neighbor was born a Muslim and believes that Islam is the one true faith? Wow! What a coincidence! I know this is simplistic, but it’s hard to deny the conclusion that a person’s religious convictions are not determined by logic or supernatural revelation or the painstaking search for truth, but on the rather incidental matter of where they were raised, and by whom.

Herndon insists that he has responses to these arguments (though he didn’t include them in this post). He’s not saying these reasons are convincing, only that they’re compelling.

Either way, it’s not every day a pastor is willing to share what he believes are some weak spots in his faith. That’s an admirable thing to do.

I would love to see other Christians make similar lists, just to know which reasons show up multiple times. How many of them would list philosophical objections versus social ramifications? How many would point to the Bible as a weakness? How many famous Christians’ names would pop up?

I’m sure many of you became atheists because you began to doubt your own faith with questions just like these.

(Image via Shutterstock. Thanks to @almightygod for the link)