When the Preacher’s Kid Has a Mustang, It Makes You Rethink Tithing September 9, 2015 Hemant Mehta

When the Preacher’s Kid Has a Mustang, It Makes You Rethink Tithing

Ball Bearings is a magazine produced by students at Ball State University and their latest issue is focused on Millennials and religion. 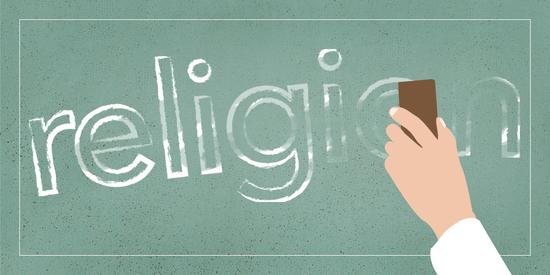 One of the featured articles, by Alex Kincaid, is all about a student on campus who rejected her faith in part because she realized how much money the local church was taking in:

… [Christina] began to piece together what she perceived as corruption within her church. While walking through her high school parking lot one afternoon, Christina saw something that made her stop in her tracks. The preacher’s daughter… was opening the door to a brand new Mustang. Seeing the blatant luxury… was incomprehensible. Christina found herself confused, infuriated — and bold enough to ask Mariah such an out-of-place question.

“How on Earth can your family afford that car?” asked Christina.

“I guess my parents just love me a lot,” Mariah answered without much thought.

Christina’s outrage grew stronger with the response she received. She watched her mother put hard earned money into the collection basket each Sunday, and they donated even more at times when the family was better off. Her own family could not even afford a car for Christina — much less a Mustang. Christina began to wonder how much of her family’s donations ended up in the preacher’s pocket — she was convinced that it happened.

Read the whole piece (and check out the full issue while you’re at it). Christina’s story gets much more complex, but it’s a journey I suspect many of you can relate to.

September 9, 2015
Houston Officials Are Handing Out 30,000 Wristbands That Say "Pray for Police"
Next Post

September 9, 2015 Listen in on a Long Conversation Between Neil deGrasse Tyson and Richard Dawkins
Browse Our Archives
What Are Your Thoughts?leave a comment