If you have a heroin epidemic in your town, how do you solve the problem? Maybe make it a priority for law enforcement officials, or educate younger citizens on the harm of the drug, or create a public service advertisement?

If you’re Tom Palecek, the President of the Wadsworth City Council in Ohio, you skip right over those silly “useful” approaches.

Instead, you jump right to Jesus: 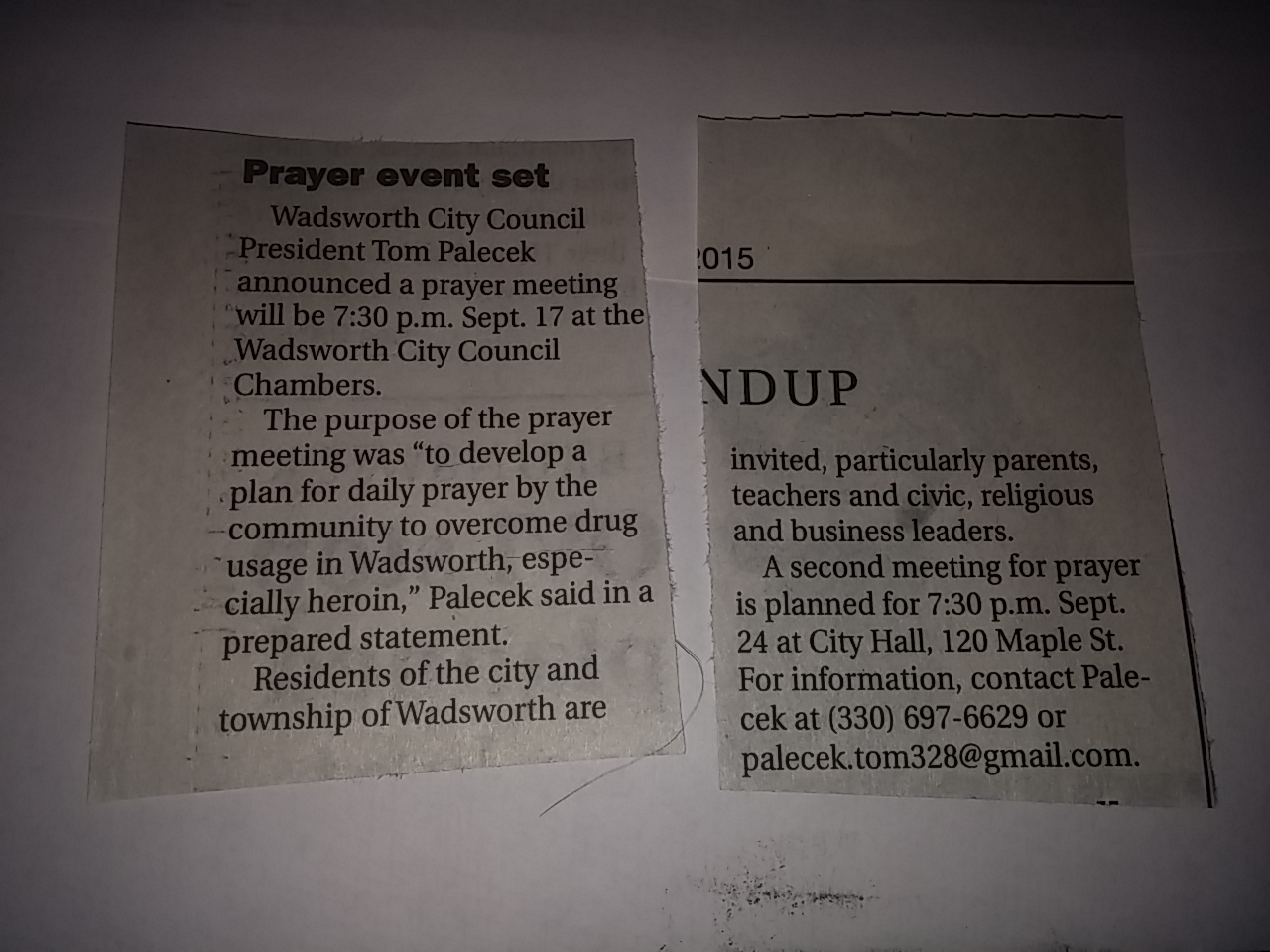 The purpose of the prayer meeting was “to develop a plan for daily prayer by the community to overcome drug usage in Wadsworth, especially heroin,” Palecek said in a prepared statement.

While Palecek is at it, why not just fire all the cops, too? And the teachers. Hell, he can resign, too! If God can fix all city’s problems, the citizens don’t need anyone on the government payroll.

(Thanks to Rob for the image)