George Takei’s Take on the Kim Davis Rally Was Great; His Response to a Troll Was Even Better September 9, 2015 Hemant Mehta

George Takei’s Take on the Kim Davis Rally Was Great; His Response to a Troll Was Even Better

George Takei, like many of us, was disturbed by the Rally O’Righteousness yesterday featuring Mike Huckabee, Kim Davis, and lawyer Mat Staver. 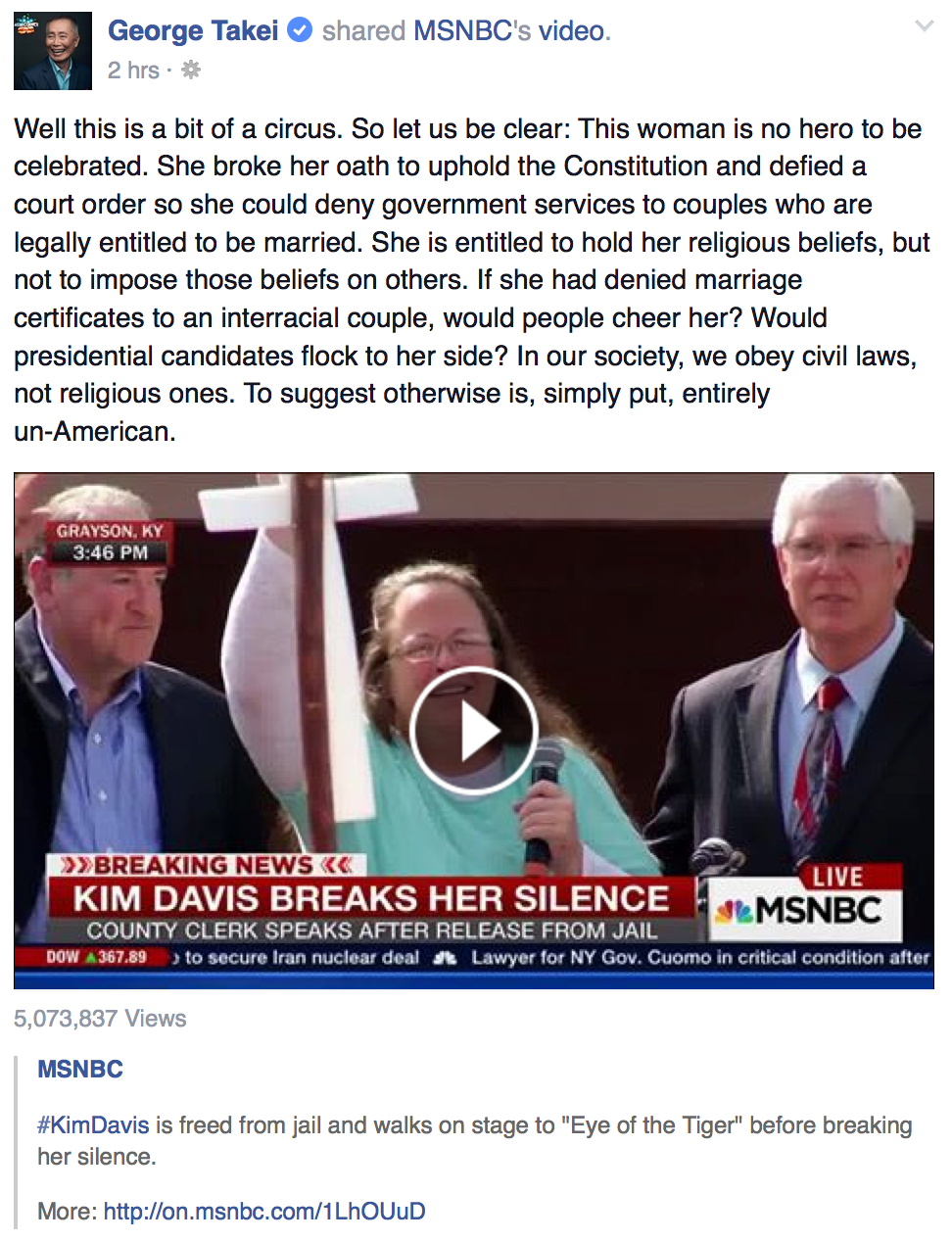 Well this is a bit of a circus. So let us be clear: This woman is no hero to be celebrated. She broke her oath to uphold the Constitution and defied a court order so she could deny government services to couples who are legally entitled to be married. She is entitled to hold her religious beliefs, but not to impose those beliefs on others. If she had denied marriage certificates to an interracial couple, would people cheer her? Would presidential candidates flock to her side? In our society, we obey civil laws, not religious ones. To suggest otherwise is, simply put, entirely un-American.

As expected in any comment section, though, someone (perhaps just a troll) chimed in with, “George, learn the first amendment.”

Takei’s response to that was even better than his original post: 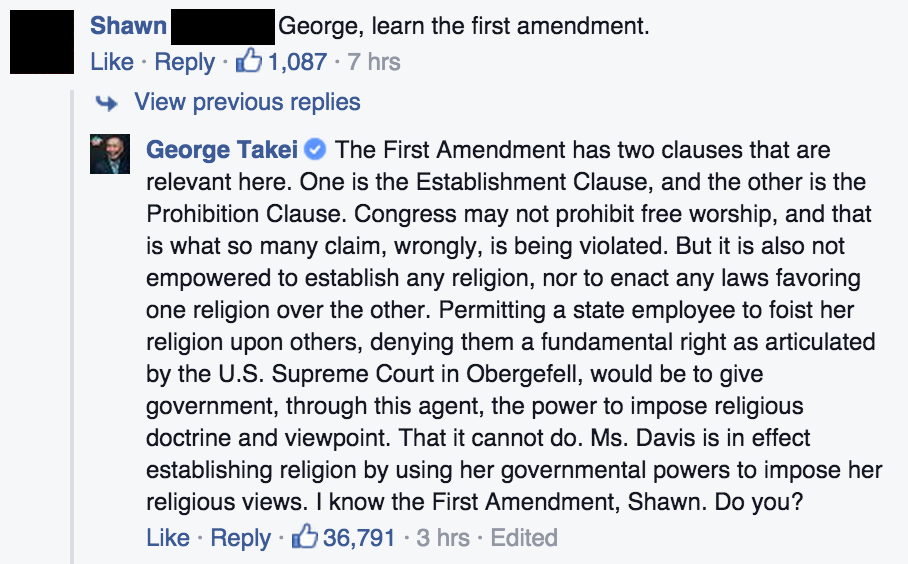 The First Amendment has two clauses that are relevant here. One is the Establishment Clause, and the other is the Prohibition Clause. Congress may not prohibit free worship, and that is what so many claim, wrongly, is being violated. But it is also not empowered to establish any religion, nor to enact any laws favoring one religion over the other. Permitting a state employee to foist her religion upon others, denying them a fundamental right as articulated by the U.S. Supreme Court in Obergefell, would be to give government, through this agent, the power to impose religious doctrine and viewpoint. That it cannot do. Ms. Davis is in effect establishing religion by using her governmental powers to impose her religious views. I know the First Amendment, Shawn. Do you?

Our side is not wrong on this issue. Huckabee, a man who wants to be President, and Staver, a lawyer who’s supposed to be an expert on these issues, are on the opposite side of the courts when it comes to their interpretation of the First Amendment. For all their fake complaints about how gay people were redefining marriage, they’re redefining the First Amendment.

Either that, or they’re throwing aside the Constitution to score some cheap political points and earn some quick cash.

Pick your poison. These people are despicable no matter how you slice it.

September 9, 2015
A Fox News Anchor Criticized Kim Davis' Defenders As Her Lawyer Spoke at Her Rally
Next Post