If you were to visit the administrative building for the Rabun County School District (in Georgia), you’ll come across this “Jesus” sign hanging on the District’s property: 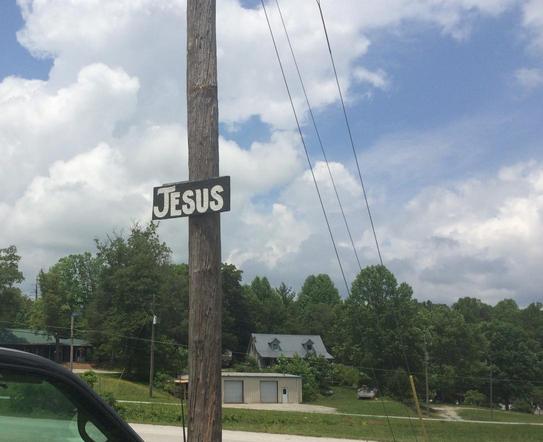 That’s… unusual. But that’s not the only problem.

According to a letter from the American Humanist Association’s Appignani Humanist Legal Center, the District is guilty of several church/state separation violations:

When the parent raised the concern with Superintendent Melissa Williams, the only response she received was a vague voicemail more than a month later in which Williams said, “It is a personnel matter, and I know you know that because it’s personnel, it’s confidential, so I cannot divulge information about how it was handled. I can tell you that it has been handled and we will not be having that issue anymore.”

No one was asking what punishment Patterson received. But Williams should have been able to say — very openly — that all principals have been told not to pray at school events and that she will take swift action if it happens again.

Saying “it has been handled,” while a Jesus sign hangs outside the Superintendent’s own office building, doesn’t exactly inspire confidence.

The District has a week to respond before the AHA considers filing a lawsuit.

September 8, 2015 Kim Davis Will Be Released from Prison
Browse Our Archives
What Are Your Thoughts?leave a comment