This is a guest post by Eva du Monteil, a freelance writer.

While many are quick to sing the praises of Pope Francis, the Vatican has once again revealed its true colors and incapacity to welcome every creature they claim their God created.

In a decision that screams intolerance and also feels right at home in the Catholic Church, Vatican officials refused to allow a transgender man to become his nephew’s godfather, calling his identity “contrary to human nature.” 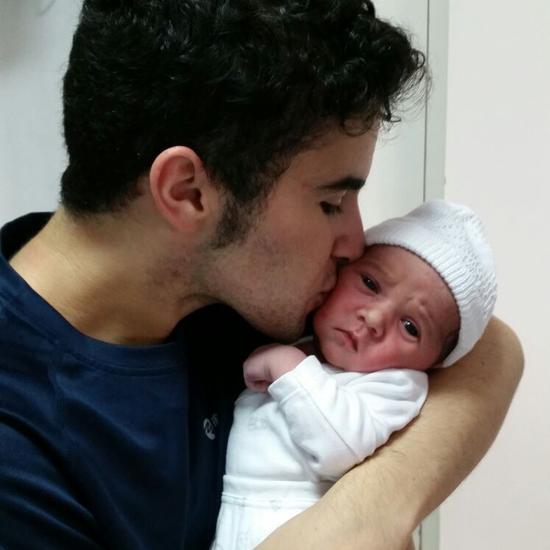 Raised a Catholic, 21-year-old Alex Salinas (above) is finding out just how loving and compassionate the Church really is. Just look at the statement published by Bishop Rafael Zornoza Boy after consulting with the Vatican’s Congregation for the Doctrine of the Faith:

… it’s impossible to admit a transsexual to be a godfather because “transsexual behavior itself reveals, in a public manner, an attitude that is opposed to the moral demand of resolving one’s own problem of sexual identity according to the truth of one’s own sex.”

“It is evident that this person does not possess the requisite of leading a life according to the faith and to the position of godfather,” as it required by Church law, the Vatican response says.

“Discrimination is not to be seen in this, but only recognition of an objective lack of the requisites that by their own nature are necessary to take over the ecclesial responsibility of being a godparent,” it says.

In his own remarks on the letter, Zornoza says that “the Church welcomes all persons charitably, wanting to help each one in their situation with sentiments of mercy, but without denying the truth that she preaches, proposed to all as a path a faith to be freely embraced.”

Really? That’s not discrimination? That’s what you call welcoming all persons charitably? If that’s love, I hope I never see what Catholic bigotry looks like…

Human rights activists were quick to warn against the consequences of the Church’s verdict, saying that it sends a harmful message:

“Just as we become more hopeful about progress in the Church, this decision denies transgender Catholics and their families a sacred responsibility to protect a child through life and spiritual formation,” said Lisbeth Melendez Rivera, director of Latino/a and Catholic Initiatives for HRCF’s Religion and Faith Program. “Make no mistake, transgender Catholics are already doing this, with God’s blessing even as the Church rejects them.… “This lack of pastoral approach — rejecting Catholics through our own faith — is exactly the reason so many LGBT people and allies leave the Church. This is not the Church I know and love.”

Meanwhile, the Bishop’s letter seems to have brought Salinas back to reality. He said on Facebook: “Just don’t have words for all this I’m feeling. Disgust, anger, sadness… I feel so cheated.”

In support of Salinas, the baby’s parents decided not to baptize their child.

Good. Let’s hope others follow. If the Church lets intolerance and tradition guide the path when a transgender person wants to be a godfather — a noble and touching request — how can we trust them to guide us when the moral issues become more complex?

September 7, 2015 Texas County Officials Asked Applicants About Gay Marriage and Religion During Job Interviews
Browse Our Archives
What Are Your Thoughts?leave a comment