Accused Pedophile Told Cop “The Bible Did Not Set Limits on the Age Between Two Partners” September 2, 2015 Hemant Mehta

Here’s a thought: Don’t be a pedophile.

Here’s another thought: If you are one, don’t tell the cops “the Bible did not set limits on the age between two partners.”

(Actually, wait, I take that last one back. Go ahead and say it because it makes it that much easier to lock you up.)

Timothy Morgan Butler said the statement to cops in Layton, Utah last year after he was arrested: 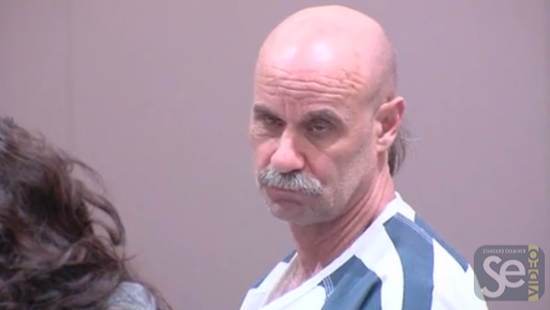 According to charging documents after his arrest, Butler admitted to watching pornography with a 5- or 6-year-old girl in the room and also admitted to inappropriately touching the girl, but it was to “show her love.”

He also told the police officer, “the Bible did not set limits on the age between two partners,” documents said.

Butler provided police with a written statement that said the girl was not “getting love at home, so he gave it to her,” according to the document. Butler also wrote he was not receiving any “love from my wife, so I decided to get love and share love” with the child.

It’s unclear to me if his statement about the Bible was the cause or rationalization for his actions. Since his arrest, another sexual abuse accusation has been added to his charges. The reason Butler is back in the news now is because he’s been declared mentally competent to stand trial.

With the new allegation, Butler is charged with two counts of sodomy upon a child, three counts of aggravated sexual abuse of a child, two counts of dealing in material harmful to a minor, and one count of possession of marijuana.

His trial is set for early October.

If he takes the stand, he’ll likely swear on the same Bible he thinks gives him license to “share love” with a child.

(Image via Standard-Examiner video. Thanks to Bob for the link)

September 2, 2015
Liberty University's New Building is Totally Not Overcompensating for Anything
Next Post