The White House announced yesterday that Mt. McKinley, the tallest mountain in the United States, would be renamed “Denali.” It’s what native Alaskans have long called the mountain and makes plenty of sense when you consider that President McKinley never even stepped foot in the state.

Republican Senator Lisa Murkowski applauded the change, saying “I’d like to thank the president for working with us to achieve this significant change to show honor, respect and gratitude to the Athabascan people of Alaska.” 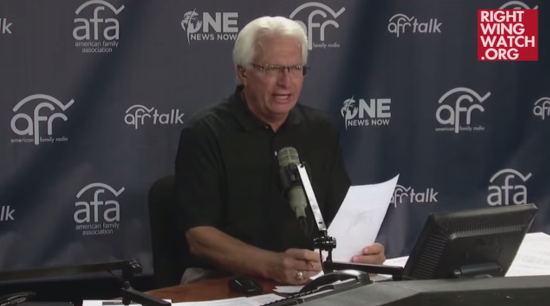 Why would Obama do this? Well, there’s a very simple reason: President McKinley was a Republican and he was American and he was white. So he was all the things that President Obama has such a visceral distaste for.

Fischer ignores that Obama has Republican support on this change, is an American himself (!), and happens to be half-white.

In other words, Fischer’s just another Christian who lies in the name of Jesus.

August 31, 2015 Duke Students Balk at Reading Assignment That Conflicts with Their Religious Beliefs
Browse Our Archives
What Are Your Thoughts?leave a comment