Anti-Superstition Activist M.M. Kalburgi Shot Outside His Home in India

On Sunday morning, 77-year-old M. M. Kalburgi, a notable Indian skeptic who had fought against superstition throughout his career, was shot dead in front of his home. 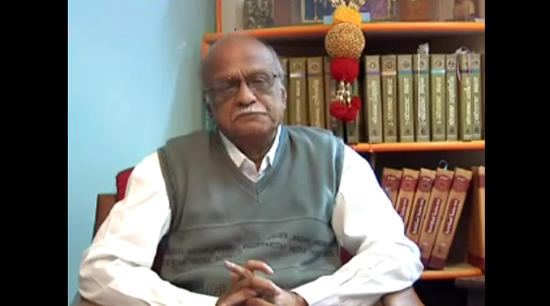 The CCTV camera installed at [his home in] Kalyan Nagar has recorded the movement of two youths aged between 24 and 28, wearing black clothes and riding a motorcycle, in the area. But it would be premature to say anything now, the sources added.

The killing bears a striking resemblance to how Dr. Narendra Dabholkar died in 2013 — in fact, this killing comes approximately two years after that incident. (Dabholkar’s assassins have still not been apprehended.)

Last year, Kalburgi was at the center of controversy when he publicly criticized idol worship. He, like Dabholkar, infuriated right-wing groups on a regular basis.

If you include the deaths of the Bangladeshi bloggers, South Asia is quickly becoming a dangerous place for rational-minded people.