Utah Wants to Ban Polygamous Cohabitation, but the Sister Wives Family is Fighting Back

In 2013, Kody Brown‘s family won a court battle that said he and his wives could legally live together in Utah. (The polygamous family stars in the TLC show Sister Wives.) 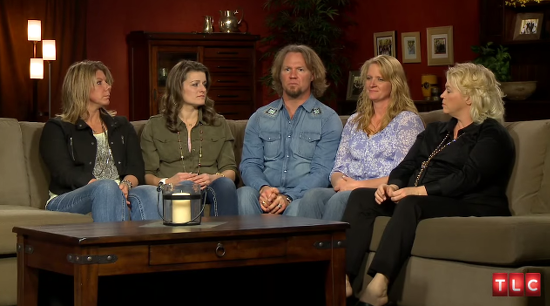 While he has religious reasons for being married to multiple women, the state only allows him to be married to one. He wasn’t challenging that. This was about whether he could live with the other women as if they were in a marriage (as opposed to having, say, another female roommate leasing the space), something he can do everywhere else but Utah.

Now, Utah is looking to reinstitute that cohabitation ban, and Brown is fighting back. What’s making conservatives irate is that Brown’s lawyers are citing the Supreme Court’s marriage equality ruling in Obergefell in his defense, giving ground to the baseless claim that gay marriage has opened the door to polygamy.

“From the rejection of morality legislation in Lawrence to the expansion of the protections of liberty interests in Obergefell, it is clear that states can no longer use criminal codes to coerce or punish those who choose to live in consensual but unpopular unions,” [attorney Jonathan] Turley wrote in his answer to Utah’s appeal.

This isn’t a slippery slope argument. No one’s saying the government should allow polygamy and rewrite existing marriage laws to accommodate such a thing. This is about whether Brown can live with multiple woman in Utah as he could anywhere else in the country. (If he believes it’s a polygamous marriage, so be it, but no one’s asking the state to recognize it.) In other words, this is about privacy, not polygamy.

While the state’s intent is to protect women from the “social harms associated with polygamy and polygamist practices,” banning a particular form of cohabitation is a step too far. The lower court was right. Let’s hope the Appeals Court doesn’t reverse the ruling.

August 30, 2015
She Regrets Not Praying with Her Dying Mother
Next Post

August 30, 2015 Two Indian Sisters Will Be Raped as Punishment for Their Brother's Affair
Browse Our Archives
What Are Your Thoughts?leave a comment