Arrested Psychics Confess Their Scams in Order to Get Out of Prison August 29, 2015 Hemant Mehta

A number of psychics who have been arrested for defrauding their clients could get an early release from prison if a parole board grants it. First, however, they have to come clean about their actions. You’ll be shocked to learn the truth about their business: 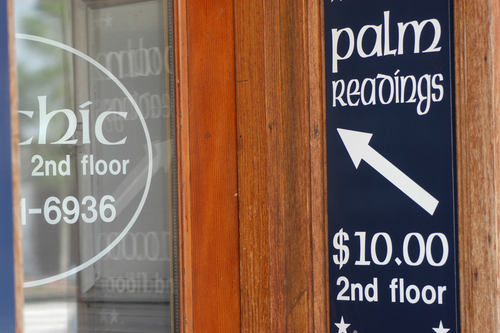 “What is the psychic business? Is it real, or a bunch of baloney?”

“The whole thing is a scam?”

They’re not just saying what the board wants to hear. They explain the scams in detail:

Three friends entered [Betty Vlado’s] shop on the Upper East Side of Manhattan in 2011. Ms. Vlado recalled one of them in particular. “She was telling me her problems, and I pretty much took advantage of that,” she said.

A commissioner asked [Celia] Mitchell how she predicted futures.

“It was just going by what they would give you,” she said. “It’s all a scam. It’s by their demeanor. I want to write a book about how Gypsies scam people out of their money.”

Anyone who claims to be able to predict the future is a liar. If you’re giving psychics your money for entertainment purposes, fine, but there are people who don’t understand the game. They’ll give up thousands of dollars, not to mention their emotional well-being, to hucksters who make it all up as they go along.

What’s even more depressing is how some people will recognize the deception taking place here… but then go to church to listen to a pastor tell them all about what Heaven will be like.

August 29, 2015
Jesus Was a Welcome Sight at This Pride Parade
Next Post

August 29, 2015 Rock Paper Scissors: Christian Edition
Browse Our Archives
What Are Your Thoughts?leave a comment