Sen. Ted Cruz frequently talks about his father Rafael Cruz. The elder Cruz is his mentor, a Christian evangelist who has a nasty habit of saying horrible and untrue things… so you know where Ted gets it from.

Here’s a sampling of some of Rafael’s beliefs, as compiled by Bo Gardiner earlier this year:

I doubt at this point it would surprise you to learn this closest political advisor and spiritual guide to a presidential hopeful believes men should rule women in the home; the “average black” doesn’t understand much; atheists can’t be moral; homosexuality is a plot to destroy the nation, family, and belief in God; global warming science, endangered species law, and pretty much all environmental protection are a plot to destroy America; Michelle Obama is a spell-casting witch; and Barack Obama is an atheist-Muslim-Communist out to destroy God and Christianity who should go back to Africa.

Also, Rafael Cruz says that because we stopped mandatory Bible readings in public schools decades ago, we now have an increase in teen pregnancy.

So why is he back in the news?

Cruz told a Georgia crowd last week that the Supreme Court’s decision legalizing marriage equality means that “the next obvious step is a homosexual may come to your church and demand to be hired, whether as pastor or as janitor… that’s the next logical step.” 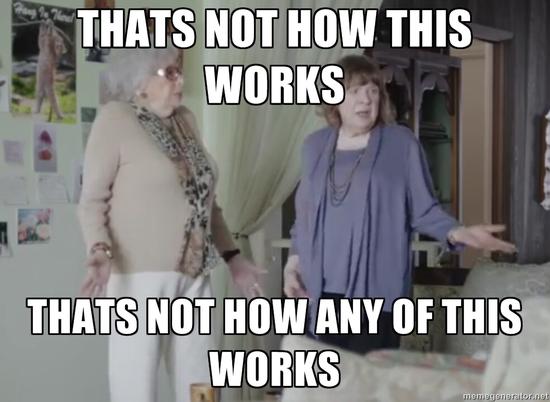 Cruz was talking out of his ass, as usual. In many states, gays and lesbians have had the right to get married for many years now, and there have been zero instances of churches there being forced to hire gays against their will. It’s not like that’s changing now that marriage equality is nationwide.

Church leaders will continue having the ability to discriminate however they’d like.

As an atheist, I fully support their right to bigot themselves into obsolescence.

August 28, 2015
I Hope This is the Fastest Growing Church in the Country
Next Post