This is a guest post by Eva du Monteil, a freelance writer.

Based on the “Socially Responsible Investment Guidelines” outlined by the United States Conference of Catholic Bishops (USCCB), the S&P Catholic Value Index 500 strives to serve as a performance benchmark for Catholic investors who seek equity ownership while respecting the moral and social teachings of the Catholic Church.

Companies involved in any activities related to weapon production, child pornography, child labor, stem cell research, or abortion are off-limits, even if they may yield high returns. The USCCB gives you its blessing to invest in whatever else you want — and avidly does so itself, for that matter.

Seems like a great way to make a profit while doing some good, right? That’s worth a “Hallelujah” or two!

Oh, wait… Let me take that back.

Because, like a great deal of things involving the Catholic Church, this announcement is more of a demonstration of the Church’s hypocrisy than anything else.

Just look at the breakdown of the sectors and industries in the index: 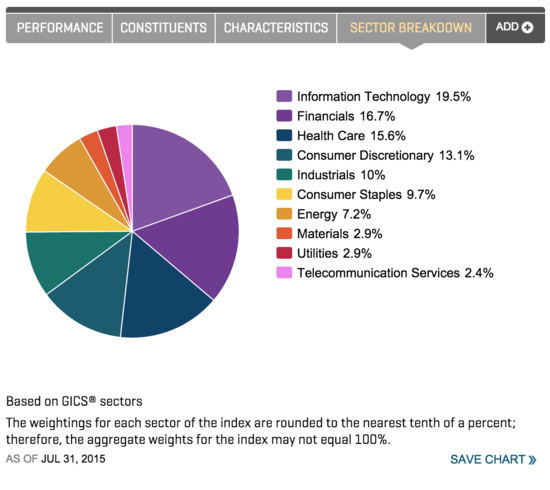 Included in the benchmark are oil and gas companies, which weigh 7.2% of the index and comprise between 5 to 10% of the USCCB’s total investments, according to documents reviewed by Reuters.

That can’t be right, right?

Let’s take a look at the details of constituents in the portfolio. Maybe the USCCB is actually doing its part to make the world a better place:

Hold on! How did Exxon Mobil of all companies end up on that list? Didn’t the Big Guy at the Vatican make a huge fuss about saving the planet from climate change just two months ago? We’re talking about a company that’s probably faced more pollution-related lawsuits than there have been Popes since the Saint’s Prophecy was revealed.

You’d think a 192-page encyclical entitled “On Care For Our Common Home” would have reminded people that encouraging pollution isn’t really the most Catholic thing to do now that Team Francis is on a mission to protect the planet.

13. The urgent challenge to protect our common home includes a concern to bring the whole human family together to seek a sustainable and integral development, for we know that things can change. The Creator does not abandon us; he never forsakes his loving plan or repents of having created us. Humanity still has the ability to work together in building our common home. Here I want to recognize, encourage and thank all those striving in countless ways to guarantee the protection of the home which we share. Particular appreciation is owed to those who tirelessly seek to resolve the tragic effects of environmental degradation on the lives of the world’s poorest. Young people demand change. They wonder how anyone can claim to be building a better future without thinking of the environmental crisis and the sufferings of the excluded.

165. We know that technology based on the use of highly polluting fossil fuels — especially coal, but also oil and, to a lesser degree, gas — needs to be progressively replaced without delay…

191. … Efforts to promote a sustainable use of natural resources are not a waste of money, but rather an investment capable of providing other economic benefits in the medium term. If we look at the larger picture, we can see that more diversified and innovative forms of production which impact less on the environment can prove very profitable…

Looks like the USCCB doesn’t really buy it either, Francis.

Their Investment Guidelines, which served to create the new index, may clash with Catholic values, but when it comes to investing, there’s no telling them how to manage their money.

Hundreds of millions of dollars, if not billions, are at stake, and while the archdiocese of Chicago has announced that it will reexamine its more-than-$100-million-dollars invested in energy, the majority of congregations are resisting the push.

Only the Diocese of Toledo said it was “considering” how to react to the encyclical, according to Reuters, but the others did not comment. Many other dioceses, including those of Baltimore, Minnesota, New York, and Los Angeles (America’s largest) declined comment.

The Archdiocese of Boston held roughly $4.6 million worth of energy stocks in 2014, representing about 6 percent of its stock market investments, according to its most recent financial report.

The Diocese of Rockville Centre in Long Island, meanwhile, listed $6.3 million in energy company shares among its investments in 2013, the year covered in its most recent report, representing about 8 percent of its equities investments.

American Catholic schools aren’t planning to drop fossil fuel assets, either. According to Euronews, they have made it clear that their responsibility to generate return supersedes the negative social impacts that may results from their environmentally-questionable investments.

Practicing what they preach? Even the men in robes aren’t so naïve as to believe that!

The USCCB would agree with Republican presidential candidate Jeb Bush, a Catholic, who declared the following right before the encyclical’s publication:

“I hope I’m not going to get castigated for this by my priest back home, but I don’t get my policy from my priests or my bishops or my cardinals or my pope,” Bush said. “I’d like to see what [Pope Francis] says in relation to climate change and how it relates to deeper issues before I pass judgment, but I think religions ought to be about making us better as people and less about things in the political realm.“

At least we agree with that. Why would anyone want to follow the guidelines of an organization so plagued with contradictions that the people at the highest levels themselves turn their backs at their lofty principles when it isn’t so convenient? How can we trust a bureaucracy that’s as transparent as airfare websites to actually commit to making a difference? How can we expect Pope Francis to actually get involved in the fight against global warming considering that his own home isn’t in order?