Mississippi is Losing a Fantastic Atheist Teacher and I Couldn’t Be More Excited August 27, 2015 Hemant Mehta

My friend and Patheos colleague Neil Carter is stepping away from his Mississippi classroom this year and transitioning into working for the secular movement. 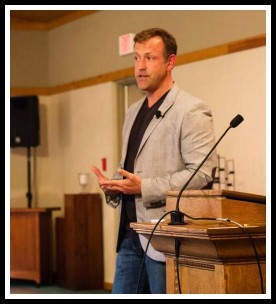 He already has a job lined up as a development director for Recovering from Religion — that’s the group responsible for the Hotline Project and Secular Therapy Project. But in order to make the transition work, Recovering from Religion needs to cover the funding gap for about three months, after which point, Neil will essentially be earning his own keep. (They are currently a volunteer-run organization, so Neil would be their first paid employee.)

To that end, they’ve started a fundraiser:

Three months of intensive development would create a foundation upon which Neil could build a resource baseline for Recovering from Religion. Eight thousand four hundred dollars would provide what Neil requires to achieve such a feat. A lesser amount would still allow him to commit to at least some work toward this goal, however the deficit would create added pressure and a possible hardship for Recovering from Religion as his season would wind down sooner than is optimal.

I can tell you that I know Neil and he’s a guy worth investing in. Also, Recovering from Religion is run by very competent individuals.

This is a match made in non-Heaven.

Sarah Morehead, Recovering from Religion’s executive director, explained to me why she supports Neil in this role:

I’ve known Neil since he first came out as an atheist several years ago. His talent and passion has always been to create support networks for people leaving their faith, as well as to educate both the religious and secular worlds about how to do the same. Recovering From Religion couldn’t be more excited to begin this next chapter of our organization’s growth.

So you’re not just helping out a good person by chipping in, you’re helping an already-amazing organization grow even larger. Please donate what you can.

August 27, 2015 Bill O'Reilly Blames Decline in Spirituality for the Deaths of WDBJ Journalists
Browse Our Archives
What Are Your Thoughts?leave a comment