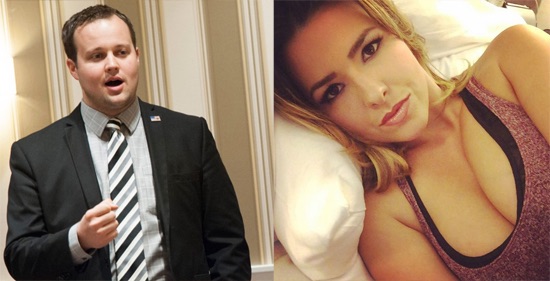 He walked into the Gold Club like a normal patron and said he’d been a fan for a long time and has watched my career grow — he even said from before my boob job until recently — and that he loved watching my very first scene on [an adult website], then it got creepy.

Josh watched Danica’s performance and then bought $600 in private dances before propositioning her for sex. Danica agreed after he offered a gift of $1,500 in exchange.

He was manhandling me, basically tossing me around like I was a rag doll. It was very traumatic. I’ve had rough sex before, but this was terrifying.

Josh refused to use condoms during his sex acts with Dillon. (Every sperm is sacred, after all! I mean, what if God were watching?)

I think that after I come out, there will probably be plenty more girls after me. I actually really hope that his wife leaves him and takes his children away from him and leaves him a lonely, bitter man. I don’t think he deserves happiness.

Get in line, Danica. I hope he gets the help he needs.

So here’s the good news: It’s not clear if Josh Duggar knew this story was about to break, but as soon as it did, the Duggar family posted a statement on their website confirming that Josh had checked into a rehabilitation facility for sex addiction.

We are so thankful for the outpouring of love, care and prayers for our family during this most difficult situation with Josh. As parents we are so deeply grieved by our son’s decisions and actions. His wrong choices have deeply hurt his precious wife and children and have negatively affected so many others. He has also brought great insult to the values and faith we hold dear. Yesterday Josh checked himself into a long-term treatment center. For him it will be a long journey toward wholeness and recovery. We pray that in this he comes to complete repentance and sincere change. In the meantime, we will be offering our love, care and devoted support to Anna and our grandchildren as she also receives counsel and help for her own heart and future. During this time we continue to look to God — He is our rock and comfort. We ask for your continued prayers for our entire family.

Further details are still speculation at this point, but Gawker has been at work trying to nail down the location of the treatment center where Josh is staying.

Please, PLEASE, let it be a facility that treats him with a secular approach. God has done enough damage to this family.