A few days ago, we posted about a dad who took his son to the toy store to exchange a duplicate birthday present… only to learn that his son swapped it out for a Little Mermaid doll. The response from father Mikki Willis was wonderful. He said that it wasn’t a big deal at all, adding that he would always love his kids no matter what.

But I know what you’re thinking: What would Christian blowhard and vertical-video-expert Joshua Feuerstein do in that situation?

Let him show you: 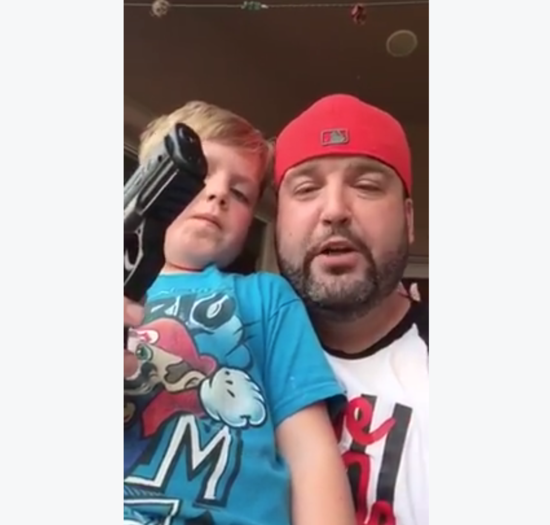 We can’t embed the video here (fix that, Patheos!), but here’s a partial transcript:

So Samuel, take that gun right there. You know how to hold it. Why don’t you go ahead and hit that target right there? And fire. [Fire] Hit it. [Fire] Good. [Fire]

That’s for you, guy who has no cojones, who needs to grow a pair and be a dad and train a child.

Look, there’s a difference between playing in the yard or street, or eating candy or vegetables. We’re talking about a safe choice versus a potentially-dangerous one. Or eating healthy versus unhealthy food.

A boy picking out a toy doll is not a “bad” decision.

A child being taught to shoot a gun as if it were a toy? That’s terrifying. 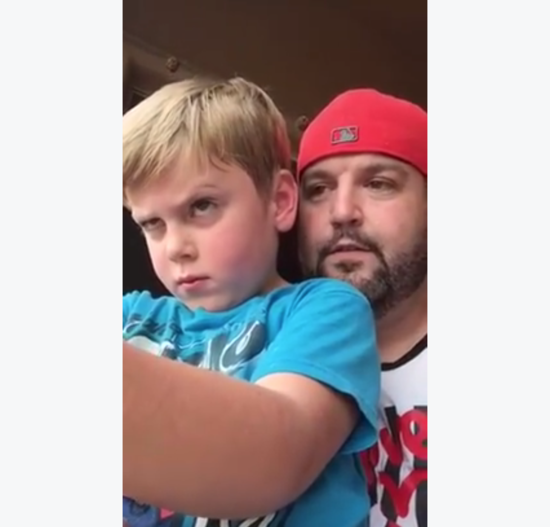 To paraphrase a writer at Addicting Info, which father are you worried about? The one who allows his son to pick out an Ariel doll from the toy store? Or the one who responds to that by bringing out a gun?

By the way, To Train up a Child is also the infamous book advocating child abuse, written by Christian parents Michael and Debi Pearl. Among their “training” methods? Hitting your kids with a plumbing tube in order to “break their will.” The way Feuerstein uses the phrase suggests to me he falls right in line with that sort of thinking.

Also, I don’t know much about guns, but I’m pretty sure target practice is supposed to happen in a secure environment, not on a whim in your backyard.

I guess Feuerstein hasn’t gotten to that lesson yet.

It’s not the first time Feuerstein has brandished a weapon. He did it just last month in a video citing two (debunked) stories of Christian Persecution.

***Edit***: I’d still like to know where Feuerstein’s brand new camera is, since his followers gave him thousands of dollars for it.