New Study Shows That, on Hot-Button Issues, Most American Catholics Disagree with Catholicism

A new study by the Public Religion Research Institute in partnership with Religion News Service is called “The Francis Effect? U.S. Catholic Attitudes on Pope Francis, the Catholic Church, and American Politics”… but it really should be called “Why the hell are all of you still Catholic?”

It turns out that on some of the most hot-button social issues of our time — like marriage equality and abortion rights — American Catholics are virtually indistinguishable from the general public on their views. That means they’re going against what the Church wants them to believe: 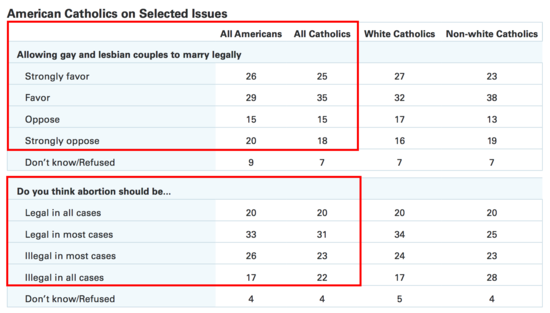 Catholics also do not differ markedly from the American public on the issue of same-sex marriage. A majority (55%) of Americans and six in ten (60%) Catholics favor allowing gay and lesbian couples to marry legally…

The Catholic Church is very clear on these issues: Gay marriage is a sin and “homosexual acts are intrinsically disordered.” And yet 60% of Catholics have no problem with it.

When it comes to abortion, the Church is even more direct, calling it a “grave offense” (for anyone involved in the procedure) and insists “Human life must be respected and protected absolutely from the moment of conception.” And yet more than half of Catholics think it ought to be legal, at least in most cases.

So if you’re Catholic, why support an organization that goes against your personal beliefs?

We know some of the answers to this:

The problem I have with those excuses is that if the Church got out of the way — or dropped its opposition — the world would be a better place. By coming up with shitty reasons to stay in a bigoted club, Catholics who don’t believe in these aspects of Catholicism are perpetuating the problem. It’s bad enough that they believe in saints and Jesus wafers and the idea that saying a few Hail Marys will absolve their sins… but why give money to a group that fires great teachers for the “sin” of getting married to the wrong kind of partner?

(And I haven’t even mentioned the child rape.)

If Catholicism meant “People who agree with the Catholic Church,” the numbers would drop precipitously. Instead, too many people define Catholicism as “People who like calling themselves Catholic.” So it’s not surprising that the Church seems to have little effect on what many Catholics think about social issues. For them, it’s just a label, not a worldview.

Case in point: A lot of Catholics seem to have no idea what Pope Francis has to say about gay marriage: 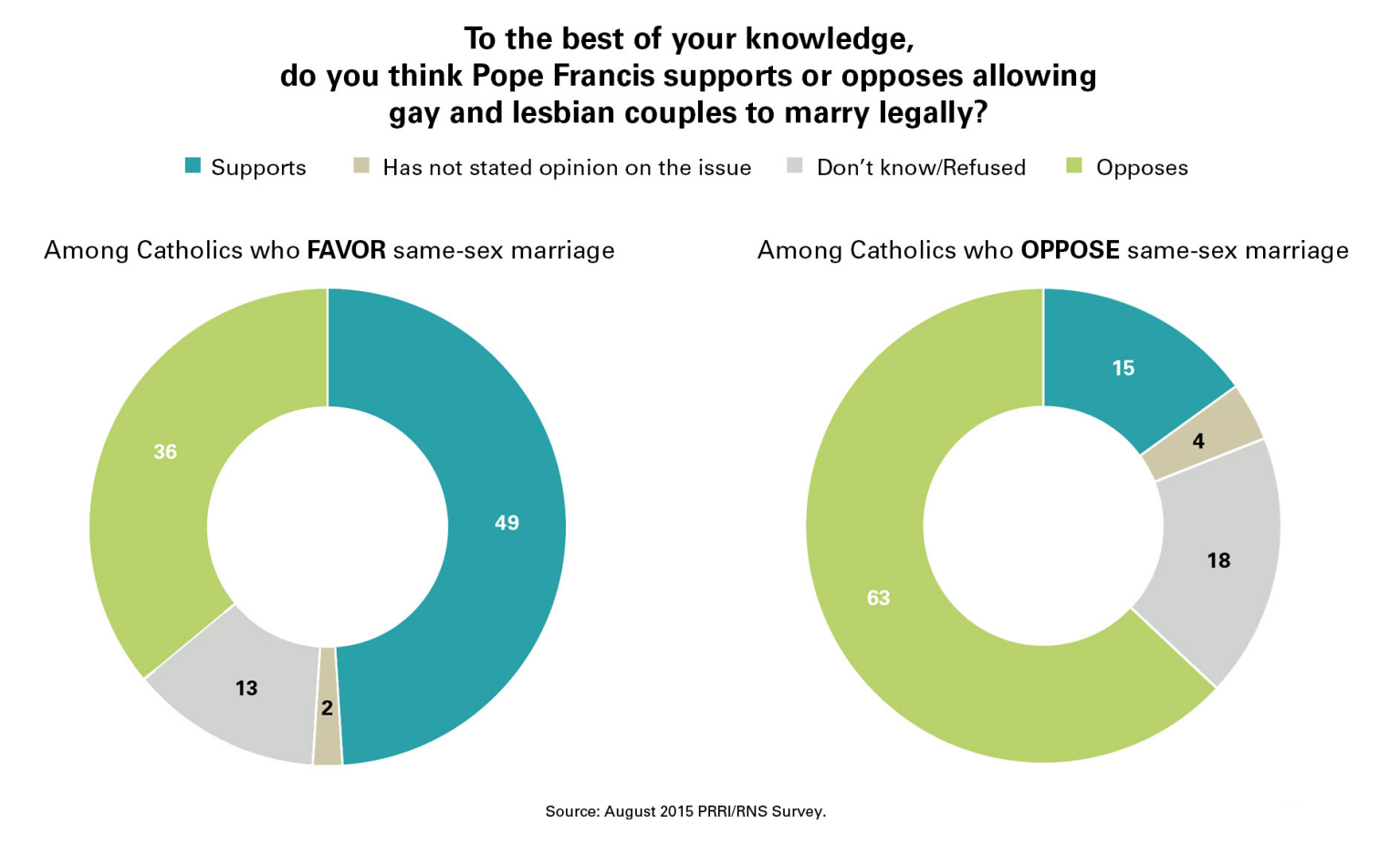 Both groups are wrong. The Pope, just like the Church, opposes it.

How do you not know that if you’re Catholic? Because you don’t pay attention or you just don’t care. And that’s what a lot of the Church is right now: A lot of people who are apathetic about religion, but who stay in the Church for reasons that have little to do with actual Catholic beliefs.

August 25, 2015
The Fringe Conspiracy Theory We’re Asked to Respect (A Parable)
Next Post