Sen. Ted Cruz saying something overblown and idiotic is just par for the course by now, but when he compares church/state separation advocates to religious radicals who will kill those who think differently, it’s at least worth mentioning.

Cruz appeared on Iowa radio host Jan Mickelson‘s show a few days ago and echoed the host’s words about how the “atheist Taliban” is waging an all-out assault on Christians: 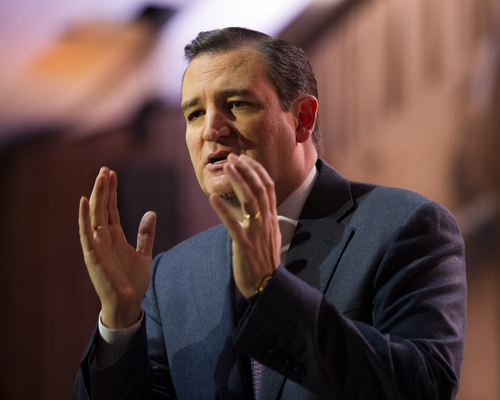 There is an assault on faith and an assault on religious liberty that we see across this country and it has never been as bad as it is right now. When it comes to this aspect of religious liberty, driving any acknowledgment of God out of the public square, you have radical atheists and liberals who go to the court system and try to tear down long-standing monuments…

There are these zealots — as you put it, the atheist Taliban — that seek to tear down any acknowledgment of God in the public square, and it’s contrary to our Constitution, it’s contrary to who we are as a people.

You would think someone who lives to defend the Constitution would have a more accurate understanding of the First Amendment. The atheists who fight these battles want nothing more than for all religions to be treated the same way through the government’s eyes.

When Christians have gotten away with so much over the decades, and they have to be brought down to the same level as everyone else, it’s no wonder they complain. They see this as all about them. Really, they just have to come to terms with the rules of the game — rules they’ve been able to break until now due to their influence and majority.

(via Right Wing Watch. Image via Christopher Halloran / Shutterstock.com. Thanks to Scott for the link)

August 24, 2015 I Could Binge-Watch This Series About an Atheist Coming Out on Her 18th Birthday
Browse Our Archives
What Are Your Thoughts?leave a comment