Brother Jed Smock, the Christian preacher who has yelled at fornicators and homosexuals at college campuses across the country, finally has a new sign: 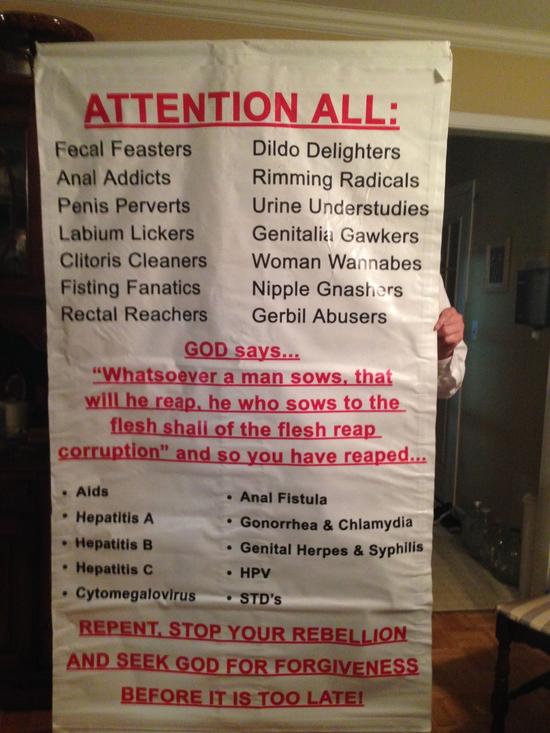 I’m mostly offended by the inclusion of “gerbil abusers”… only because it lacks alliteration.

I’m also curious: Why is it bad for a woman to clean her clitoris? How many “fecal feasters” are there, really? What exactly is a “urine understudy”? Oh, silly me, trying to make sense of a lunatic’s rant…

No worries, though. People like Smock do more to convince college students to stay the hell away from religion than any atheists ever can. So let Christians deal with his non-missionary-style-sex obsession. The rest of us are happy just laughing and playing Bingo.

August 24, 2015
We Could Use Some of That "Good News" Everyone Keeps Talking About!
Next Post