Usually, when someone in Mississippi says prayer will fix a problem, it’s easy for me (an atheist who doesn’t live there) to shrug it off. It’s the South, after all. Hardly a surprise. That was my first reaction when I saw this tweet: 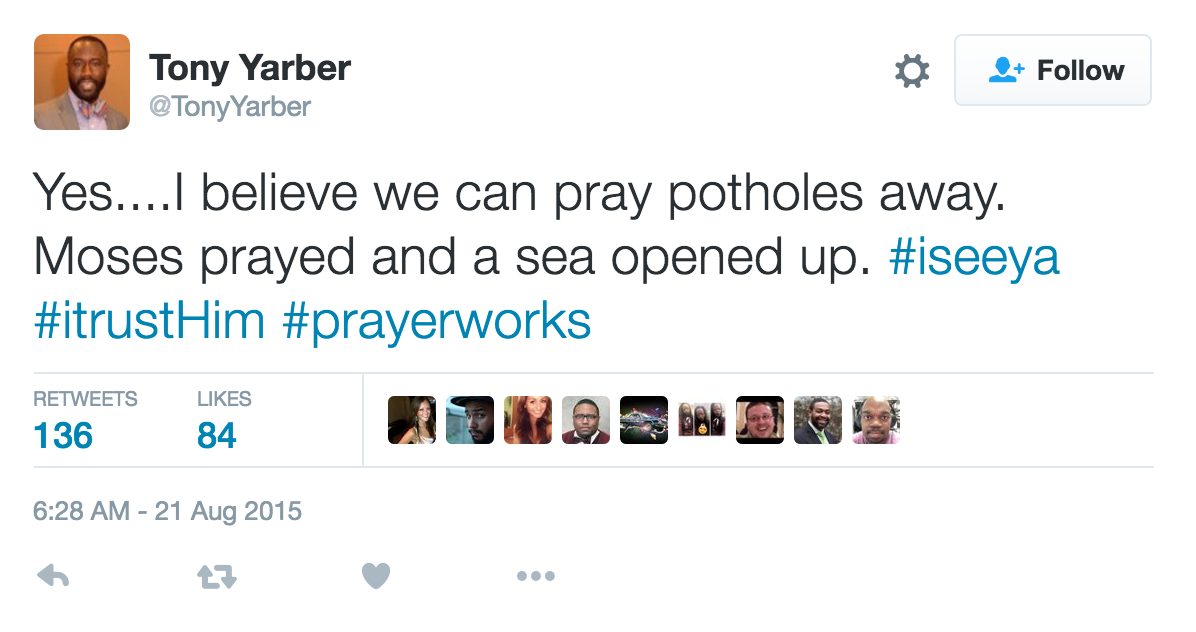 Everyone take a moment to facepalm at Tony Yarber, who thinks prayer can fix potholes.

Now be afraid. Be very afraid. Because Tony Yarber is the Mayor of Jackson, Mississippi.

And he continued to stand by his tweet when questioned about it. Because asking city workers to take care of the potholes would be too hard, I guess.

@Addoxfordms you should ALWAYS pray.

I guess Yarber thinks his city’s potholes have God-shaped holes in their hearts.

Side note: Remember when Cory Booker was mayor of Newark, New Jersey? If someone tweeted him information about a pothole, he was on it immediately. And now he’s a Senator. Yarber could stand to learn something from him.

(Thanks to J for the link)