We Finally See a Pleasant Side of Hell in This R-Rated Stop Motion Animated Film August 20, 2015 Hemant Mehta

Turns out Hell isn’t nearly as bad as we thought. (It probably helps when you’re surrounded by Mila Kunis and Bob Odenkirk.)

That’s the premise of the new R-rated animated film Hell & Back, scheduled for release on October 2: 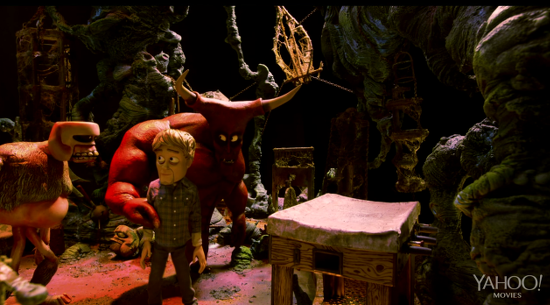 The film is produced by the people who make Robot Chicken and includes the voices of T.J. Miller, Rob Riggle, and Nick Swardson. And if that last sentence made sense to you, you’re probably the target audience.

If anything, it looks entertaining and it has the possibility of upsetting the Religious Right just for existing. So what’s not to love?