If you’re a high school student in Arizona, good luck to you this year. According to one parent, her son had to place this sticker inside his science textbook: 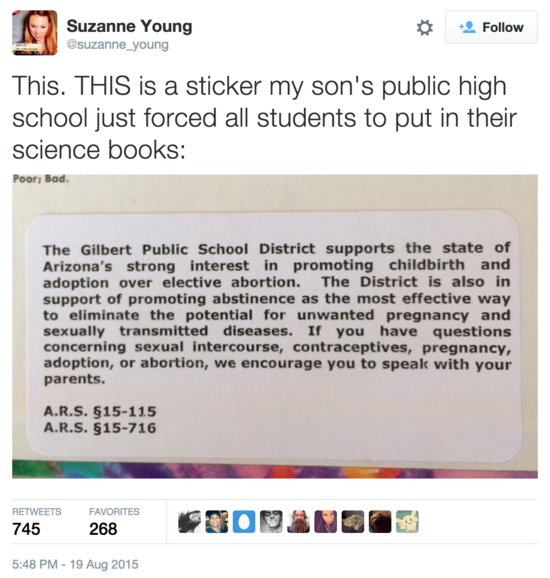 The Gilbert Public School District supports the state of Arizona’s strong interest in promoting childbirth and adoption over elective abortion. The District is also in support of promoting abstinence as the most effective way to eliminated the potential for unwanted pregnancy and sexually transmitted diseases. If you have questions concerning sexual intercourse, contraceptives, pregnancy, adoption, or abortion, we encourage you to speak with your parents.

That’s a horrible way to just flat-out admit “We’re not going to teach you any useful sex education at this school.”

The Gilbert Public Schools is likely not alone in this act. Arizona law says any District offering sex education, if it’s taught at all, must focus on abstinence:

Arizona does not have a law that requires schools to teach sexuality education or sexually transmitted disease (STD)/HIV education. However, Arizona law does state that if a school chooses to teach these topics, instruction must be age-appropriate and must stress abstinence.

You may recall that this is the same District where, last year, the school board voted to remove a page from an honors biology textbook because it contained information about birth control and abortion (despite stressing abstinence): 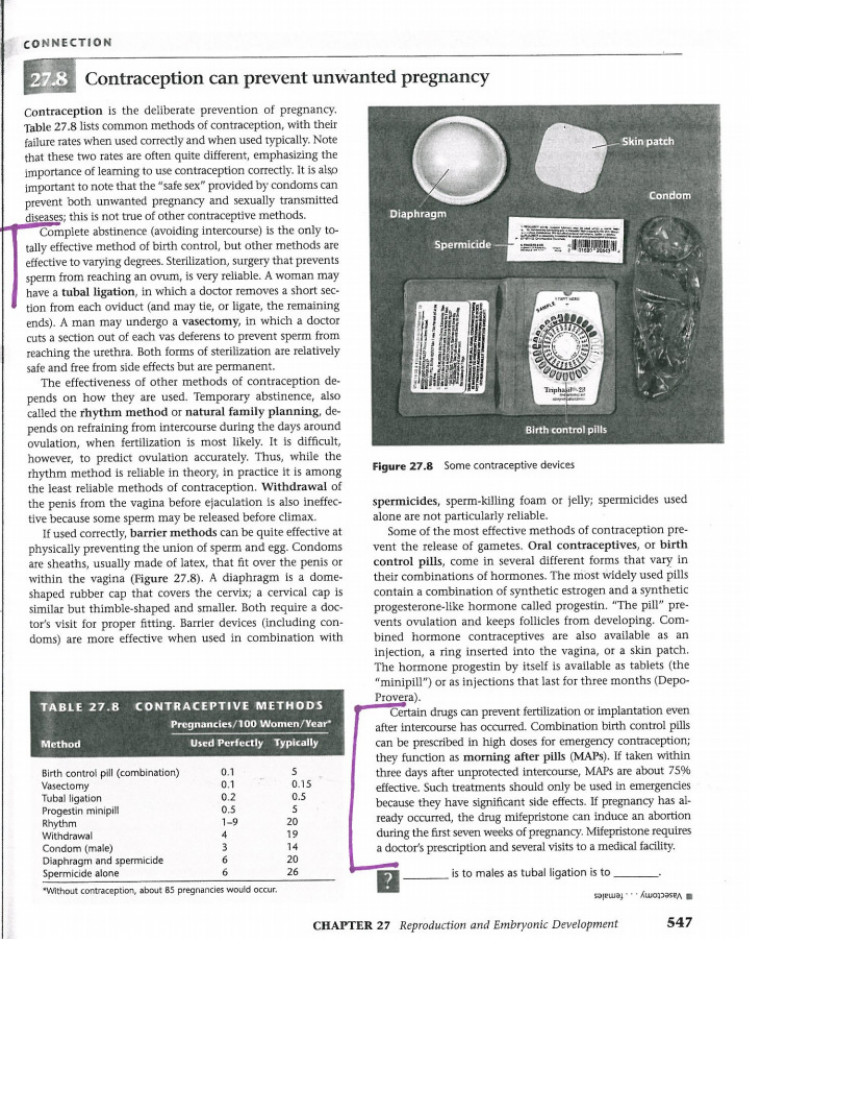 That decision was later overturned, in no small part thanks to the attention directed at it by Rachel Maddow, whose show bought the URL ArizonaHonorsBiology.com so that the missing page could be seen by everyone.

According to Jezebel, the District isn’t denying the placement of the stickers at all:

A call to the school district yielded very little information. Monica Baxley-Ortega, administrative assistant in the school district’s PR office, told Jezebel that she didn’t know if the stickers were real or not, but did say that such a sticker had been discussed during the spring semester and that she guessed that “they just went ahead with it.” She’s promised clearer information on the sticker’s status; Jezebel will update as it becomes available.

August 20, 2015
When God Couldn't Save His Life, Siri Stepped In
Next Post