Last week, I posted about the problems with President Obama‘s Office of Faith-Based and Neighborhood Partnerships. Besides the issue of existing at all (which I know a lot of people have a problem with), there are two serious concerns we should all have: The office gives grants to religious groups doing charity work (1) even if they proselytize along the way and (2) even if they discriminate against LGBT people in their hiring.

To address the proselytizing, the Office announced a proposed rule change that would ban the use of taxpayer money on any work that involves preaching. It’s a good move and I hope that rule goes into effect.

But what about allowing those faith-based groups to discriminate against LGBT people during their hiring process? Right now that’s still legal.

Today, a coalition of 130 national organizations sent a letter to President Obama asking him to fix that problem before he leaves office. 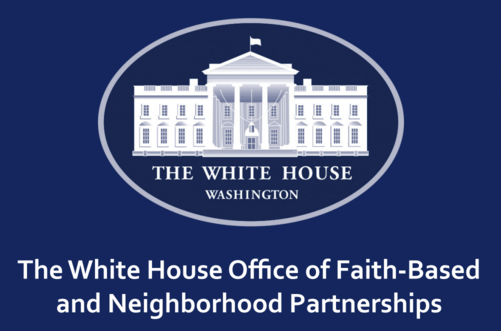 It helps to know a bit of recent history. In 2007, President George W. Bush‘s Office of Legal Counsel (OLC) decided that the Religious Freedom Restoration Act (RFRA) gave faith-based groups receiving government funding an exemption from anti-discrimination laws. That didn’t just mean a Christian group could say no to hiring a Jew, as explained by Americans United for Separation of Church and State:

… Some groups are actually citing this 2007 OLC memo to claim that they can take government money to provide social services and yet refuse to provide the very services they are supposed to provide because they have religious objections. They specifically argued that they should not have to provide appropriate medical care to unaccompanied immigrant children who have suffered sexual abuse.

Keep in mind that Obama has signed an Executive Order barring discrimination against LGBT employees at the federal level. Why should religious groups getting taxpayer funding be immune from adhering to that rule?

(Obama even said in 2011 that faith-based groups doing secular work shouldn’t be allowed to discriminate on the basis of religion.)

It’s time for the President to make clear that no religious discrimination can occur on the taxpayers’ dime, even when it involves faith-based groups.

Groups signing the letter include AU, American Atheists, the American Humanist Association, the Center for Inquiry, the Council for Secular Humanism, the Institute for Science and Human Values, the Military Association of Atheists & Freethinkers, the Secular Coalition for America, and the Secular Policy Institute.