According to a blistering new report from the Freedom From Religion Foundation, “Christian coaches and chaplains are converting football fields into mission fields.” 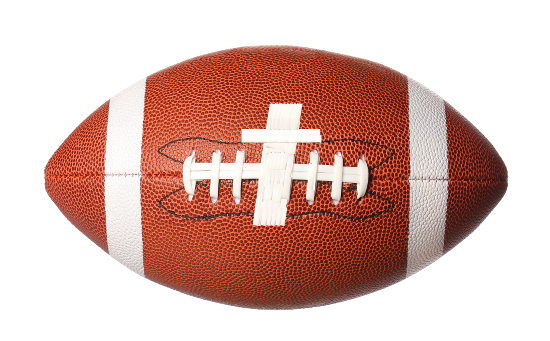 This is based in large part on the fact that many public university football teams have evangelical Christian chaplains, and some of them are paid by the school. Perks include access to players, free tickets to games, and an office right in the stadium. For those reasons, they are often treated as members of the coaching staff. But that’s not the only problem. You also have coaches who promote team prayer. Some conduct on-the-field baptisms. You can read the full report here.

The schools will say this is all voluntary and no athlete is required to participate, but we all know that’s never really the case. When scholarships and playing time are on the line, students are pressured to join the prayers in order to remain on their coaches’ good sides.

One student even told FFRF:

“[T]here is so much competition and everybody’s so talented, that you look for the littlest thing to give you an edge.” That edge might be obeying coaches “suggestions” to attend church or pray in spite of your personal beliefs.

Some of the coaches openly use religion as a recruiting tool. Tommy Bowden, the former Clemson coach, said that his faith “was a tremendous recruiting advantage.”

FFRF says this whole problem began due to Bobby Bowden, the former Florida State coach, and Tommy Tuberville of Auburn. They helped create chaplaincies at schools all across the South. Toss the Fellowship of Christian Athletes into the mix and you can understand why Christianity and football are so closely intertwined.

After describing the situation in depth, FFRF offers a sample policy guide with sensible recommendations for schools that wish to keep chaplains around.

None of this will be surprising to those of you who have followed these stories for the past few years. But if you’re unaware of how much of a factor Christianity plays into the college football world, prepare to be stunned.

August 18, 2015 Julian Bond, the Civil Rights Activist Who Died Over the Weekend, Wasn't Religious
Browse Our Archives
What Are Your Thoughts?leave a comment