It turns out there is an afterlife for celebrity wax figures, and it looks a lot like Heaven. 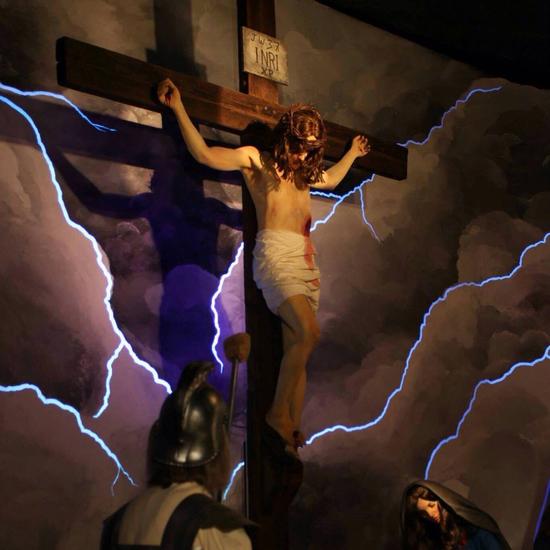 BibleWalk is a biblically-themed museum in Mansfield, Ohio with over 300 wax statues of celebrities and other historically significant people eerily posed to recreate the tales of America’s favorite death cult.

In the early 1970’s while Pastor Richard Diamond and his wife, Alwilda, attended a crusade in Atlanta, Georgia they toured a historical wax museum. After viewing scenes of past presidents, generals, and war heroes to their surprise the last scene was the Ascension of Jesus Christ. As they both stood looking they were both brought to tears and brought to their knees. As they were feeling God’s great holy presence, Rev. Diamond knew what one day he was to accomplish for the Lord. For God spoke to his heart and gave him the inspiration to one day build a museum that would glorify the great works of God, and of the love and mercy of His son, Jesus.

And the role of Jesus went to Tom Cruise: 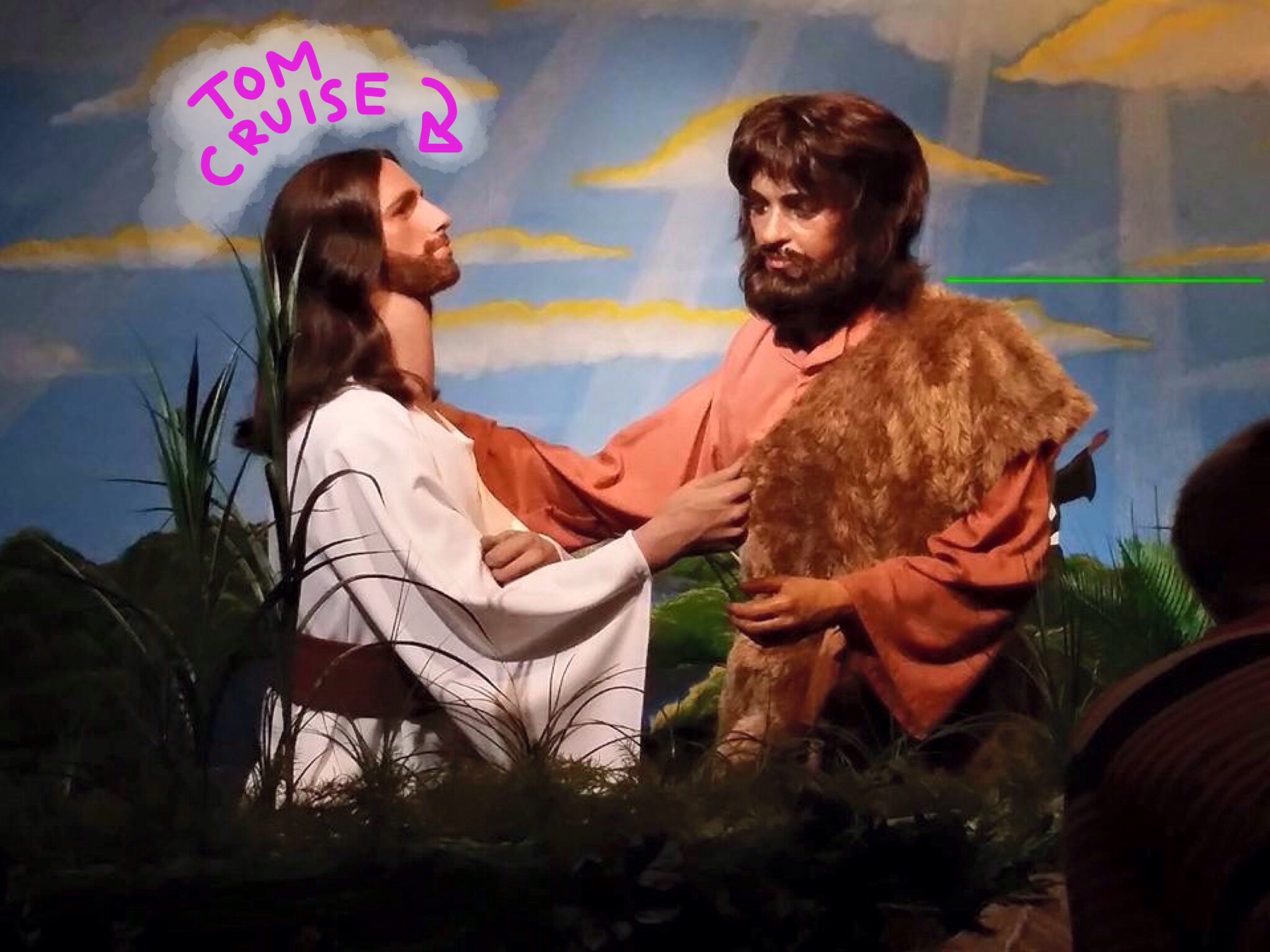 The museum, if we must call it that, hosts five tours with recycled wax statues (acquired from closed museums across the U.S.) depicting scenes from the Bible — The Life of Christ, Miracles of the Old Testament, Museum of Christian Martyrs, Heart of the Reformation, and Amazing Grace. For $27, you can take one big 3.5-hour tour, which seems tortuously long, but considering Christ died for your sins, you can suck it up.

One thing is clear: the casting of actual historical figures is no joke to the museum director, Julia Mott-Hardin. If you imply you’re visiting for any reason other than to glorify God, NO TOUR FOR YOU.

I’ve had calls from people who wanted to take the tour, but only if I accompanied them pointing out the celebrities. I refused. The museum is about glorifying God and his works. That’s what we want to achieve. I just don’t want to take any of the glory away from God. That’s the most important aspect of BibleWalk, God’s glory.

If you do manage to pass the Christian sniff test at the ticket booth, here are a few familiar faces to look for:

John Travolta as King Soloman and Elizabeth Taylor fresh off the Cleopatra set: 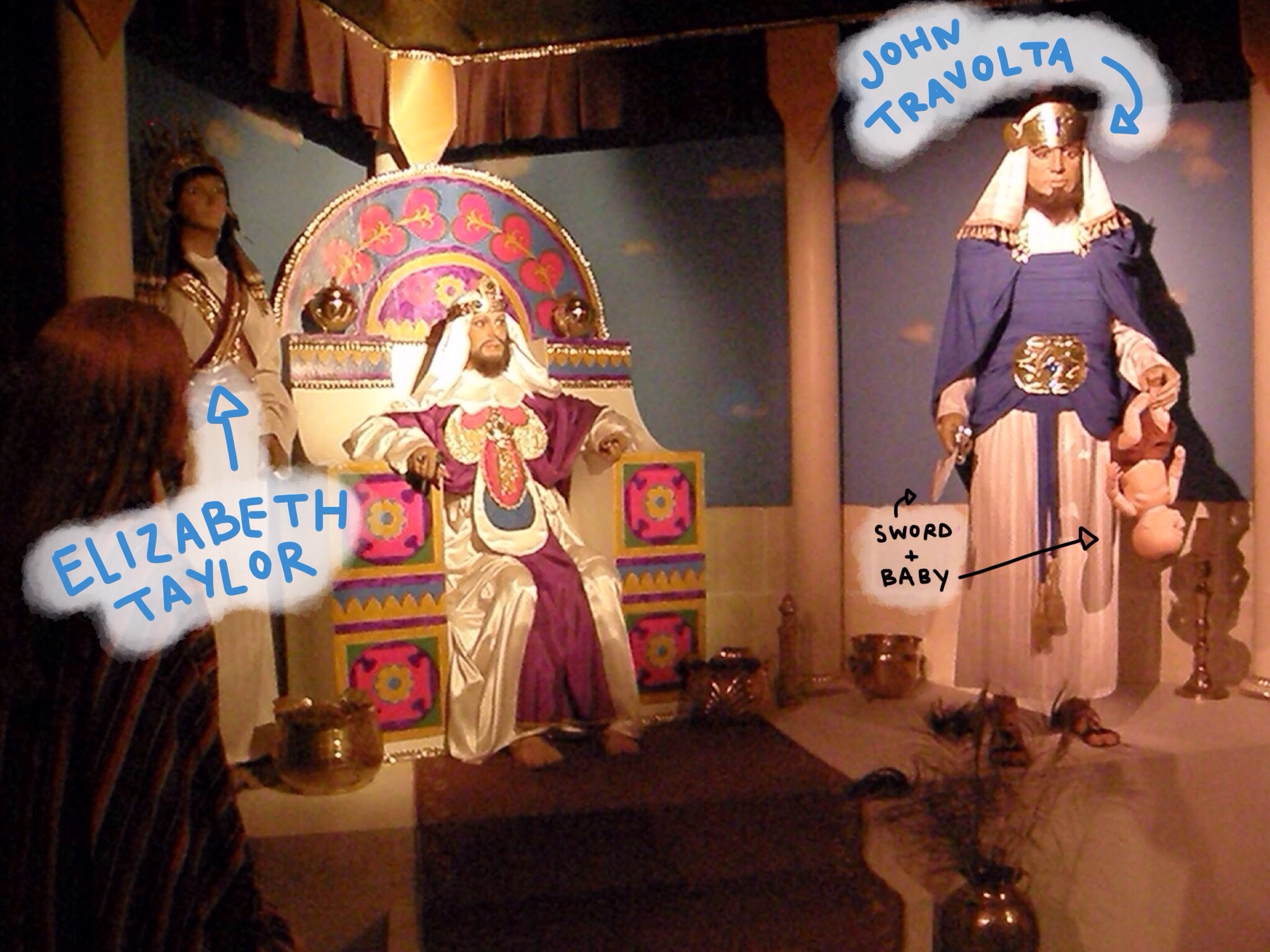 The Beatles’ George Harrison as God: 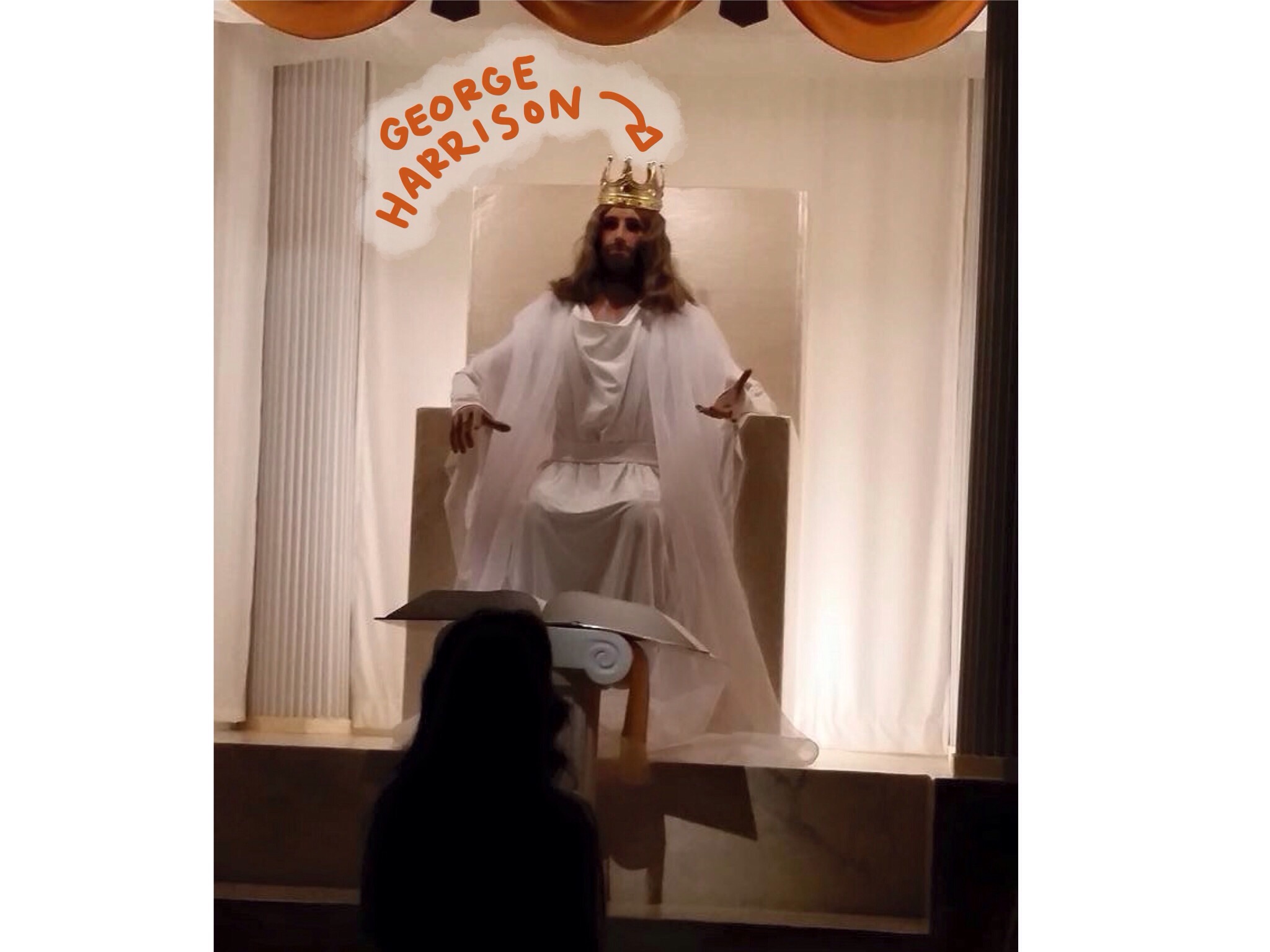 His publicist won’t confirm, but it appears James Woods attended the Last Supper: 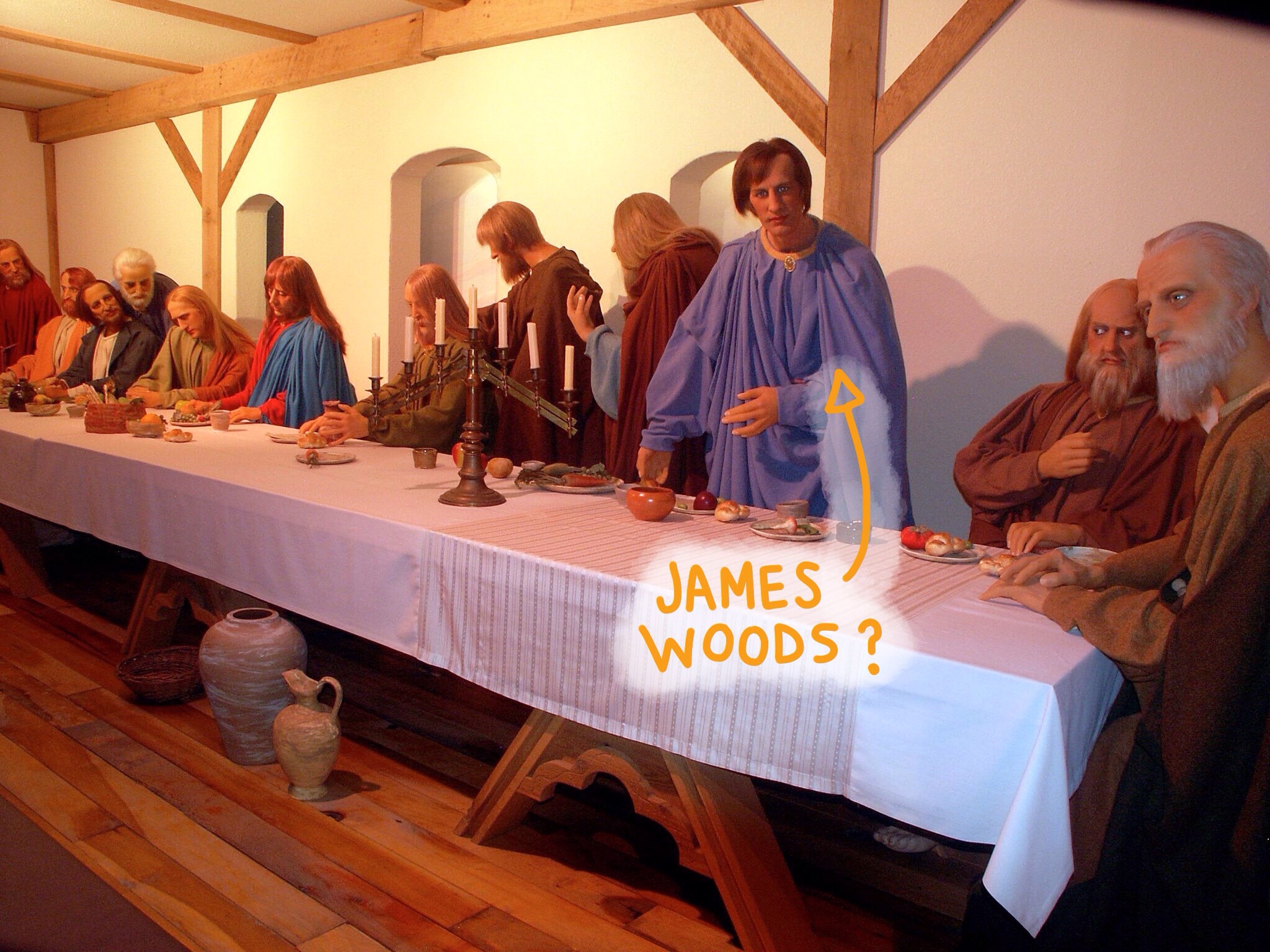 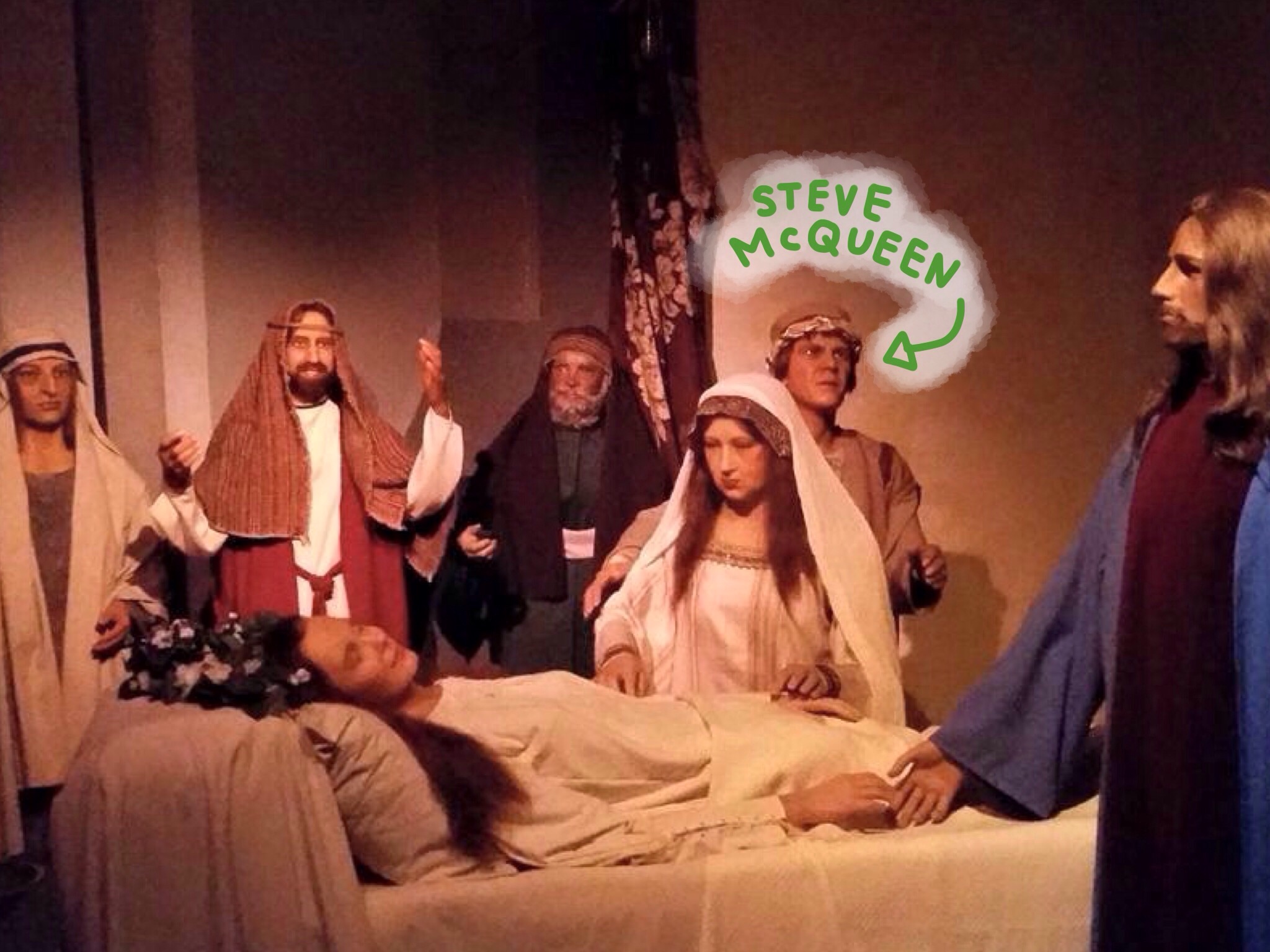 And like most Christian-themed attractions, this is no place for children: 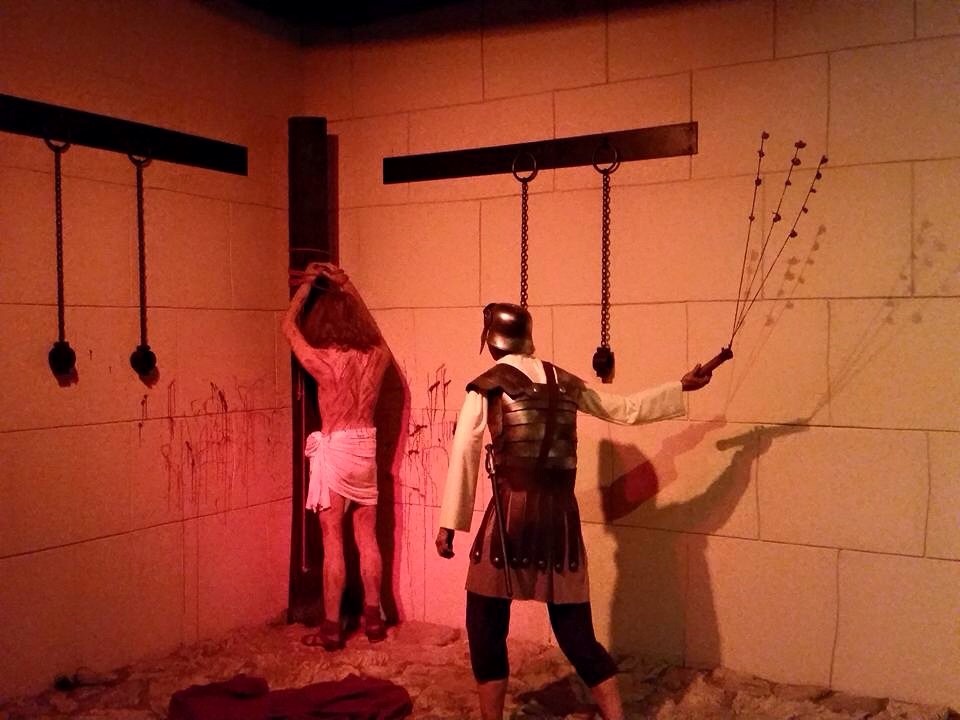 Did you spot any familiar faces in the crowd?