I Gave a Sermon at a Church About My Atheist “Spirituality” August 17, 2015 Richard Wade

I Gave a Sermon at a Church About My Atheist “Spirituality”

From my work on the local interfaith council in my home town, I’m familiar with several clergy from a wide variety of churches, and so a senior member of the Unitarian Universalist Church who knows me well invited me to give a sermon as a guest on Sunday, August 9. 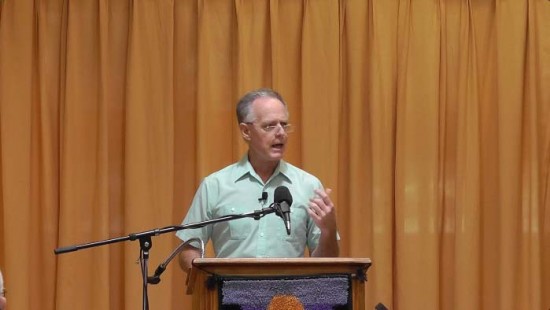 I have written about this particular church before, and, as many Unitarian Universalist churches do, they accept atheists as members. So instead of spending the bulk of my time explaining what atheism is and is not, and trying to humanize as well as de-demonize us as I have at other churches, I decided to mostly talk about how atheists can have what some people might call a “spiritual” practice. I put scare quotes around the word spiritual, because as you’ll see in the video recording I made, or hear in the audio recording they made, I handle that word carefully because it is so vague and idiosyncratic to each person who uses it. I talk about my own personal practice, founded on a couple of human traits that most of us possess that — well, you’ll just have to watch or listen to the sermon. It’s only 16 minutes long.

The staff built an excellent service around the central theme that I talked about with hymns, inspiring quotations, spoken meditations, and lovely live music. It was all very humanistic and affirming of the values I was expounding. The word “God” was not mentioned even once, an omission that I have noticed in other services there.

Everyone was gracious and warmly welcoming. After the service, several members thanked me, and several also told me that they, too, are nonbelievers. Some of them told me this in a subtly confiding tone, so I got the impression that on some level, they are still in the process of “coming out” either to themselves or to others. This church has got to be one of the safest places to do that other than an atheist blog.

August 17, 2015
That Would Explain the Behavior of Many Religious People...
Next Post