Turkish Atheists Give Soup to the Homeless Every Week August 15, 2015 Hemant Mehta

Turkish Atheists Give Soup to the Homeless Every Week

In 2014, the first physical building dedicated to atheism opened up in Turkey. But the obstacles have come one after another since then. A court order blocked their website earlier this year, and death threats have led to the installation of a panic button in their building that directly connects to the local police.

None of that, however, has stopped the atheists from acting on their Humanism. Case in point: their weekly hot soup giveaways for the homeless: 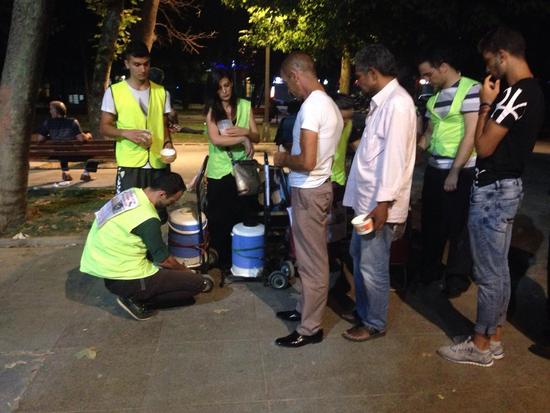 Every Wednesday, the Atheism Association delivers free soup with the motto of “Soup campaign for you” in the streets of Istanbul. The association is also open to volunteer contributions to support its drive via its Twitter account.

How awesome is that?

You can see several more pictures on the group’s Facebook page.

August 15, 2015
Televangelist Who Says the Smurfs Are Satanic Organizes March for Jesus
Next Post