Did Target just tip its hat to the man who trolled their Facebook page earlier this week?

On Wednesday, we posted about how Mike Melgaard, a self described troll, took it upon himself to play customer service agent following the conservative outrage over Target ditching gender segregation in their toy and bedding aisles.

Mike, a.k.a. “Ask ForHelp,” posed as the retailer and created quite a comedic stir while shutting down the haters. 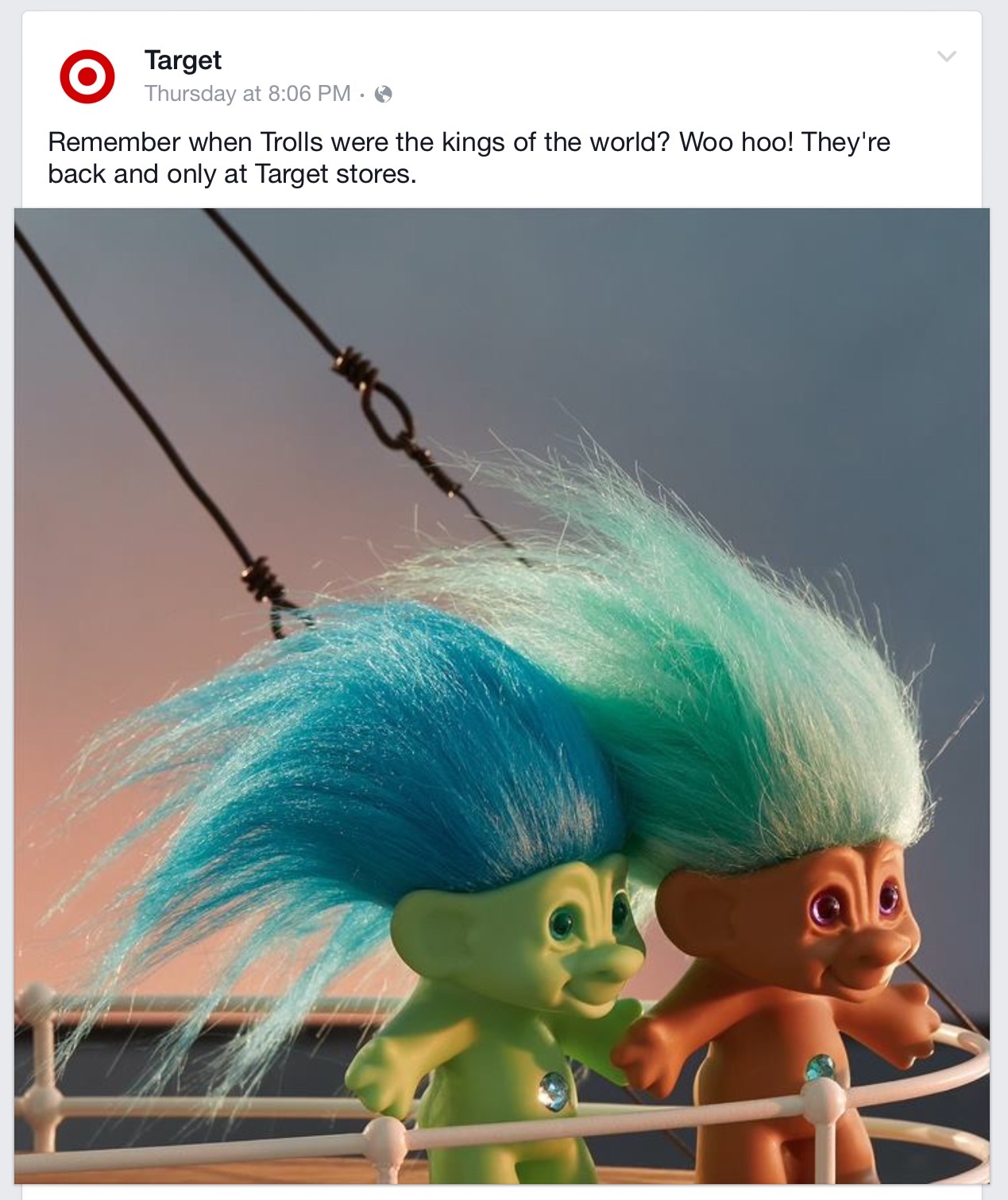 We’re picking up what you’re putting down, Target.

No word yet if there will be a special edition Facebook Troll.

August 15, 2015
Here's a Map of Every Creationist "Museum" in the United States
Next Post