In a terrifying story, Rukmini Callimachi of the New York Times shows how members of Daesh/ISIS believe it’s their God-given right to rape non-believers.

They justify this horror, no surprise, by quoting the Qur’an. 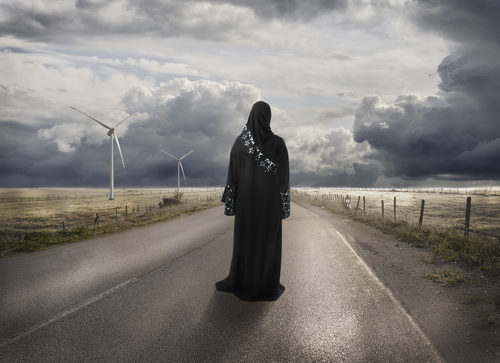 Because the preteen girl practiced a religion other than Islam, the Quran not only gave him the right to rape her — it condoned and encouraged it, he insisted.

He bound her hands and gagged her. Then he knelt beside the bed and prostrated himself in prayer before getting on top of her.

When it was over, he knelt to pray again, bookending the rape with acts of religious devotion.

“I kept telling him it hurts — please stop,” said the girl, whose body is so small an adult could circle her waist with two hands. “He told me that according to Islam he is allowed to rape an unbeliever. He said that by raping me, he is drawing closer to God,” she said in an interview alongside her family in a refugee camp here, to which she escaped after 11 months of captivity.

The victims have virtually all been Yazidis — a group connected to Zoroastrianism.

The rapists, in a strange effort to show off their piousness, apparently gauged the date of their victims’ last menstrual cycles in order to follow a Sharia rule “stating that a man cannot have intercourse with his slave if she is pregnant.”

It’s hardly news that members of ISIS are despicable humans. What’s appalling is how easy it seems to be to convince their followers that their crimes are sanctioned by God. It requires nothing more than a faith-based flick of the wrist, a twisting of a holy verse or two. When you can say God is on your side, it’s incredible (in the worst way) how some people will just nod their heads and go along with it. As Voltaire famously said, “Those who can make you believe absurdities, can make you commit atrocities.” This is as much a condemnation of religion as a whole as it is radical Islam.

To be sure, most Muslims worldwide surely condemn these actions and interpretations of their holy book — one Muslim commenter noted on the Times‘ website, “I don’t know which I should be sad about more, the raping of my religious teachings or the raping of young innocent girls” — but it should frighten all of us how simple it seems for horrible people to bend religious texts to suit their own whims, especially when followers feel they can’t question what they’re taught.

August 14, 2015 Two Men Arrested in Connection with Bangladeshi Atheist Blogger's Murder
"Isn’t the guy she’s talking to the one who claimed Trump would serve a second ..."
swimmerkw Christian “Prophetess”: God Told Me Trump ..."
"I saw an article about that trend of pink/purple/blue (bi pride flag colors) lighting. It's ..."
(((GC))) Angry Christian Mom Condemns “Graphic and ..."
"Ew. Those eggs gross me out. :P"
GrandmascienCe Angry Christian Mom Condemns “Graphic and ..."
"You just now tried to force your tyranny of religion on us again... NO! to ..."
Brien FL County That Opposed Atheist Invocations ..."
Browse Our Archives
What Are Your Thoughts?leave a comment