Turns out the Flying Spaghetti Monster doesn’t live “up there” at all. He’s been in the water the whole time: 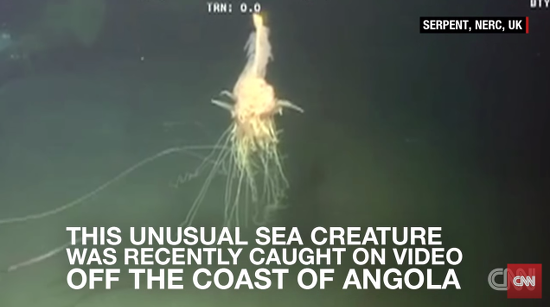 Rather than an actually godly being, the BP diving team were actually filming an incredibly rare animal, which they [gave] the moniker ‘flying spaghetti monster’ due to obvious reasons, but its real name is Bathyphysa Confifera.

I’m a little worried. Spaghetti that stays in water for too long loses all of its powers…

Now would be a good time for a resurrection.

August 13, 2015
"Lord God Almighty, True and Bitchin’ Are Your Judgments"
Next Post