New York Mother Throws Infant Out of Fourth-Floor Window Because He Was Possessed By an “Evil Spirit” August 11, 2015 Terry Firma

An infant by the name of Rizwan Ahmad plummeted to his death from a fourth-floor apartment in Queens, New York on Friday. He wasn’t even one month old. The child had been too young to crawl or even roll over, police investigators realized, so their attention focused on the parents, immigrants from Bangladesh. Could they shed some light on their son’s death? 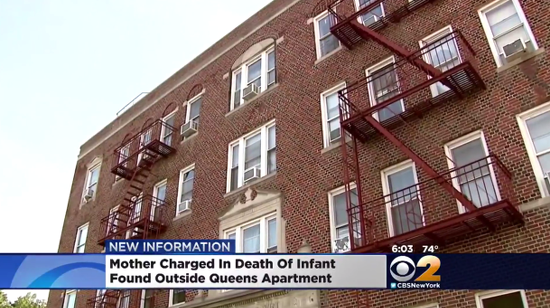 Law enforcement sources told CBS2 that the mother, Rashida Chowdhury, confessed to throwing the little boy out of a window in the Richmond Hill apartment.

Chowdhury told authorities that she believed that Jinn, an evil spirit in the Muslim religion, took the baby because he was possessed. Muhamed Ahmed, the father of the child, told investigators he awoke to his wife asking, “Where’s the baby?”

The spirit didn’t dispose of the child right away. Rizwan, dressed in a onesie, was found (barely) alive and breathing on the pavement. A city-ordered autopsy made clear that he died shortly after the fall due to skull fractures and lacerations to his brain, spleen, and liver.

Police took Rashida Chowdury into custody. She has been charged with second-degree murder.

August 11, 2015
Here's What the Research Shows About Public Perceptions of Atheists
Next Post