Christian Bigot Mat Staver: The Boy Scouts Are Now “a Playground for Pedophiles”

Now that the Boy Scouts of America has rescinded the ban on gay leaders, some Christians are freaking out about all the implications. But it wouldn’t be the first time they make a big deal about a problem that exists entirely in their imaginations. 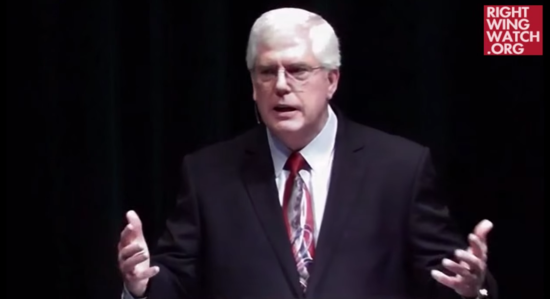 This issue of homosexuality is becoming insane and it is the culture battle of our time. Whether it is this Boy Scouts’ abdication of its role and changing of the policies or so-called “same-sex marriage,” this is a time that our Judeo-Christian values are attacked, being challenged, and this is a time for you to stand up and be true to the Scriptures and be true to our Lord.

Church-based troops are still allowed to ban gay leaders, but that’s not enough for Staver. If the BSA allow gay leaders at all, he wants Christians to oppose the entire group. Because, in his warped mind, all gay people are perverts, and their mere existence demands opposition.

August 11, 2015 New White House Rules Would Prevent Religious Charities from Preaching with Taxpayer Money
Browse Our Archives
What Are Your Thoughts?leave a comment