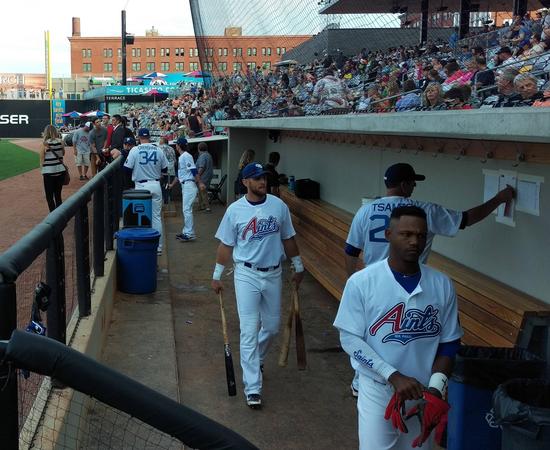 (Interesting enough, if you enlarge that image, you can see a player who wrote “I believe in God” on his arm wrap while another has a picture of a cross on his. That’s not a problem; they have to wear what the management tells them to wear, so it’s kind of a clever way to defy the whole “Aints” thing.)

Eric Jayne, president of Minnesota Atheists, joined forces with his son to throw out the first pitch:

The group also ran a shoe drive to benefit the anti-poverty group Soles4Souls. (Tagline for the event: “Leave Your Soles at the Gate.”) 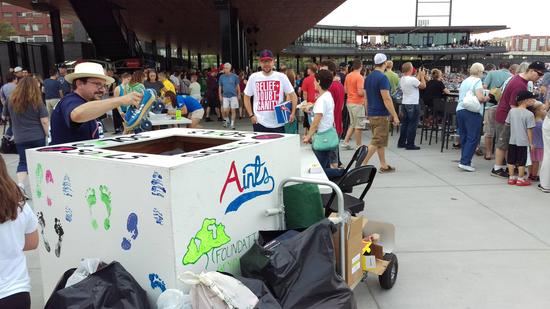 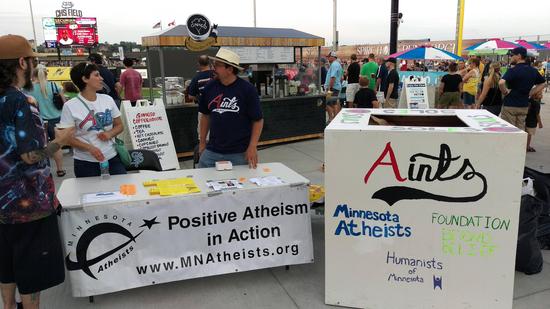 That charity drive became the basis for a mid-inning game in which a contestant had to guess which celebrities had soles. (Fred Flintstone? No sole!)

I really need to go to more minor league games…

And where do I get this jersey? 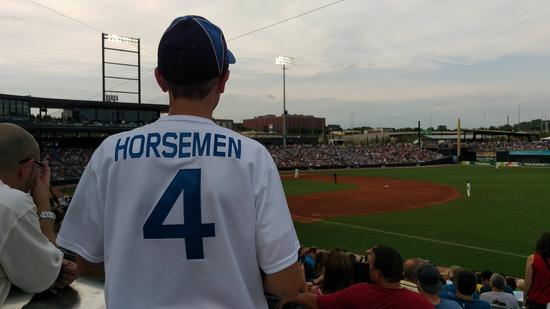 Perhaps most importantly, the Aints came back from multiple two-run deficits to win the game 7-4 (for their eighth-straight victory):

The atheists now have a 2-2 record for their sponsored games.

(Thanks to Eric for the images)

August 9, 2015
Franklin Graham Makes a Lot of Money for Someone Who Rejected Ministry Pay Years Ago
Next Post