Bryan Fischer: Attending a Gay Wedding is Like Going to the Opening of a Crack House August 8, 2015 Hemant Mehta

Bryan Fischer: Attending a Gay Wedding is Like Going to the Opening of a Crack House

One of the bright spots during the Republican Primary Debacle Debate was when Gov. John Kasich spoke about how he would love his daughter all the same if she came out as a lesbian, adding that he recently attended a friend’s gay wedding despite his personal beliefs about marriage.

It wasn’t exactly accepting of marriage equality, but it stood out in that GOP field. 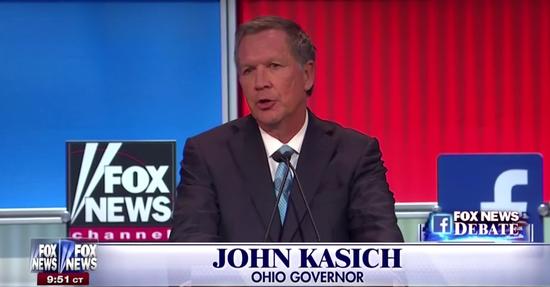 Bryan Fischer wasn’t having any of it, though. On his radio show yesterday, he trashed Kasich for not treating his gay friend like some sort of cancer:

Fischer immediately backtracked, saying he wasn’t comparing homosexuality to a crack house… but then compared the two once more.

He can complain about how Kasich dared to have a heart, but frontrunner Donald Trump, with three marriages to his resume, isn’t exactly a bastion of tradition, either. The sort of candidate conservatives like Fischer want to support — Mike Huckabee, for example — has no chance of winning over people beyond the Christian base. So they’re just screwed no matter what.

There was a time not long ago when conservatives wanted gay marriage on the ballot because they knew it would bring out anti-gay voters who would give them an edge in other races.

While that issue won’t be voted on in 2016, there’s no way Republicans want the election to revolve around social issues. The more the candidates talk about marriage equality and abortion rights, the more GOP strategists squirm.

What I’m saying is we should all send a thank-you note to Fischer for complaining about one of the only decent answers offered in that debate. He’s making the Democrats’ route to the White House that much easier.

August 8, 2015
The Biggest Obstacle to Overcoming Your Faith
Next Post