After Hiker Takes Picture Atop Mountain with “I Believe in God” Sign, Someone Else Catches Him Littering August 8, 2015 Hemant Mehta

After Hiker Takes Picture Atop Mountain with “I Believe in God” Sign, Someone Else Catches Him Littering

A couple of days ago, Steve Harris hiked up Mt. Elbert — the highest point of the Rocky Mountains in Colorado — and posed for a picture with a sign saying “I believe in God.” (I guess he needed to convince someone.) He later posted the image on a Facebook group for 14ers.com (a site for people who hike up mountains taller than 14,000 feet): 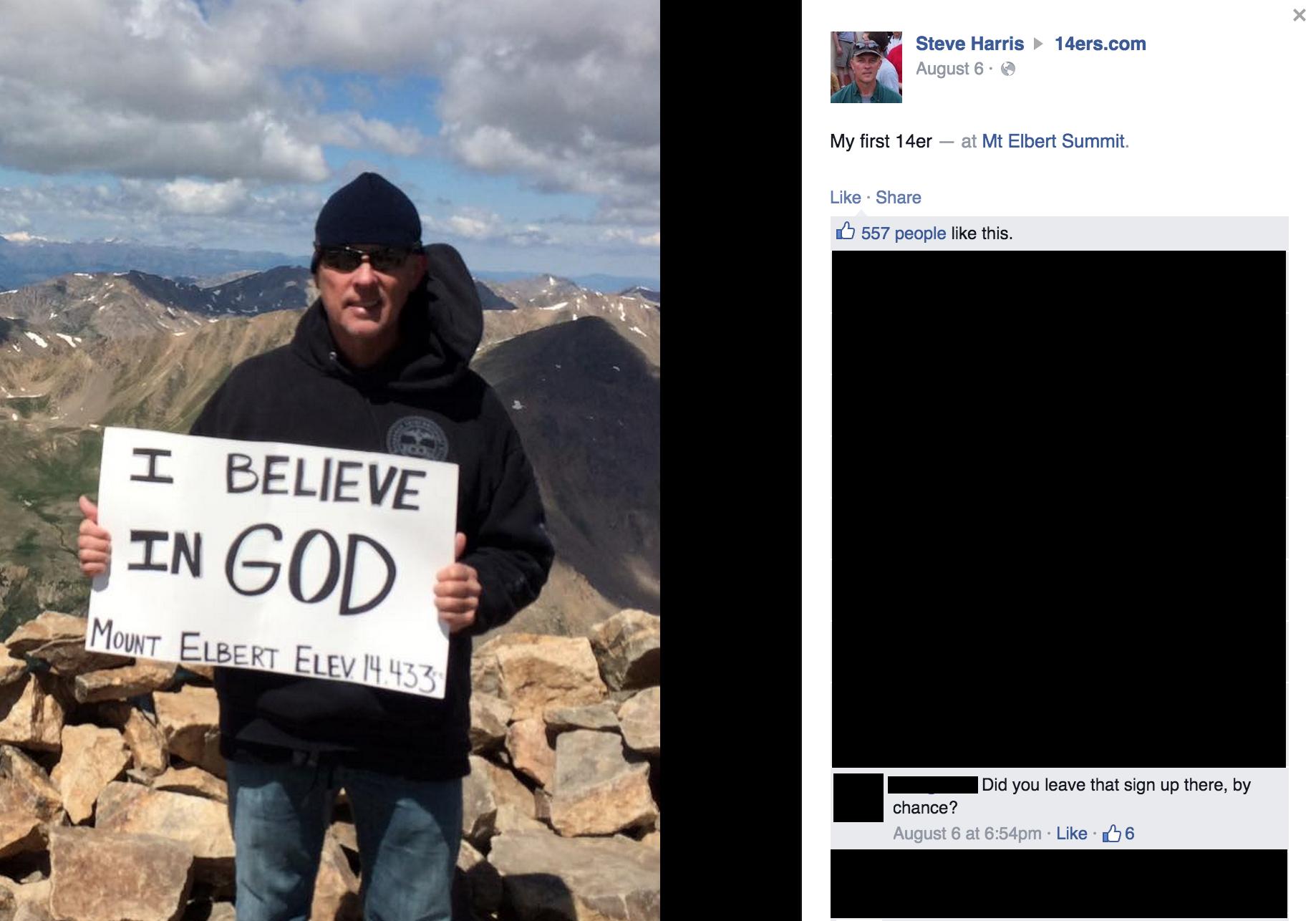 If you enlarge that picture, you see someone asking if he left that sign on the summit. Which he did. Harris threw the sign away as if the summit of the mountain was his personal garbage can.

He wasn’t the only one to do it, but there’s an irony in someone talking about how he believes in God… and then littering on what he surely believes is one of God’s natural creations.

Don’t worry, though. Another hiker, Ben Perry, found it later:

Perry took all the signs with him to clean up the place.

August 8, 2015 Here's Why I Don't Explicitly Debunk Religious Arguments
Browse Our Archives
What Are Your Thoughts?leave a comment